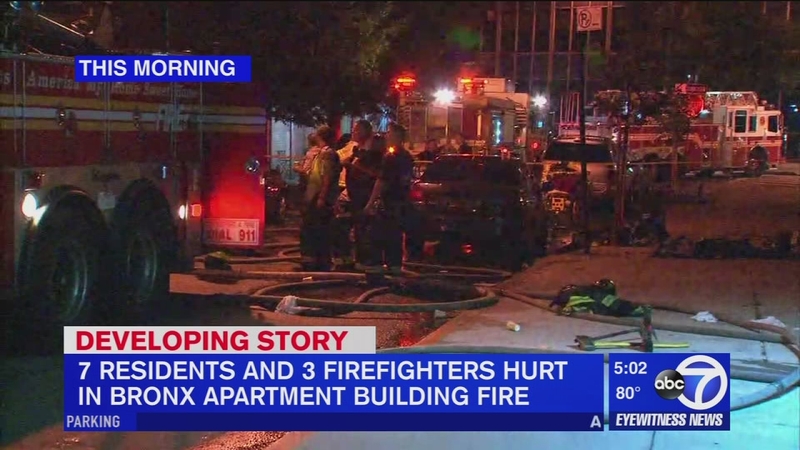 BEDFORD PARK, Bronx (WABC) -- Ten people were injured, including a man critically hurt jumping from a first floor window, in a house fire in the Bedford Park section of the Bronx overnight.

The fire broke out inside the home on East 202nd Street just before 2:30 a.m. Thursday.

It started in a bedroom air conditioner. The cause is electrical. There was no working smoke alarm in the building.

"When we first came up, there were several dogs inside the apartment that they encountered. There also seemed to be a large accumulation of stuff in the apartment, which made it difficult to extinguish and search to find the remaining victims," said FDNY Deputy Chief James Brosi.

The resident who jumped from a first-floor window, a 15-foot drop, was critically hurt. The injury is not life threatening.

The other victims had minor injuries, cuts and bruises.
Three firefighters were among the 10 hurt and they were being treated for minor injuries.