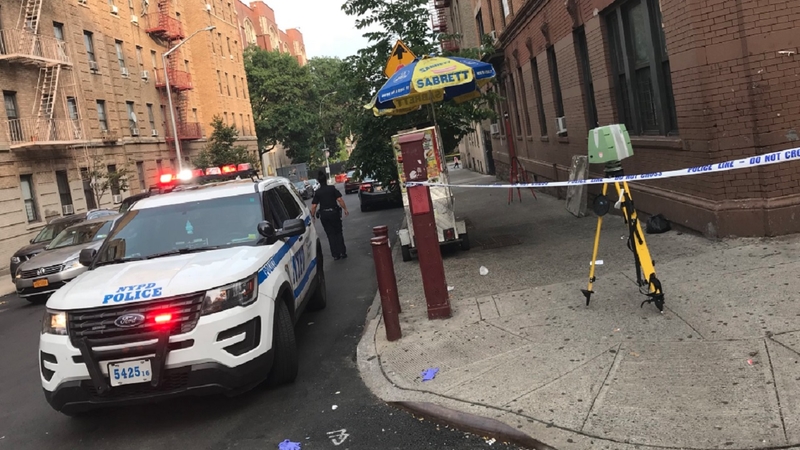 FORDHAM MANOR, Bronx (WABC) -- It was a gory scene in the Bronx - the result of a violent altercation playing right out in the open.

Police say 55-year-old Eric Shaw, of the Bronx, was found with his throat slit lying on the street in Fordham Manor.

Investigators say the argument started on East 196th Street at Briggs Avenue around noon -- that is where Shaw was attacked.

Neighbors say that Shaw made it a block up the street before collapsing.

There are countless security cameras mounted on the block. Police say no weapon was found.

Shaw was rushed to St. Barnabas Hospital where he later died.