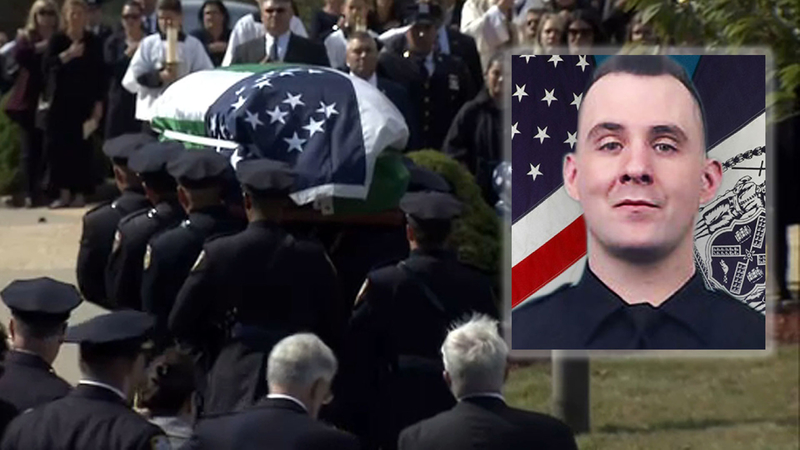 MONROE, Orange County (WABC) -- Family, friends and thousands of fellow officers gathered Friday to bid a final farewell to an NYPD officer killed in the line of duty.