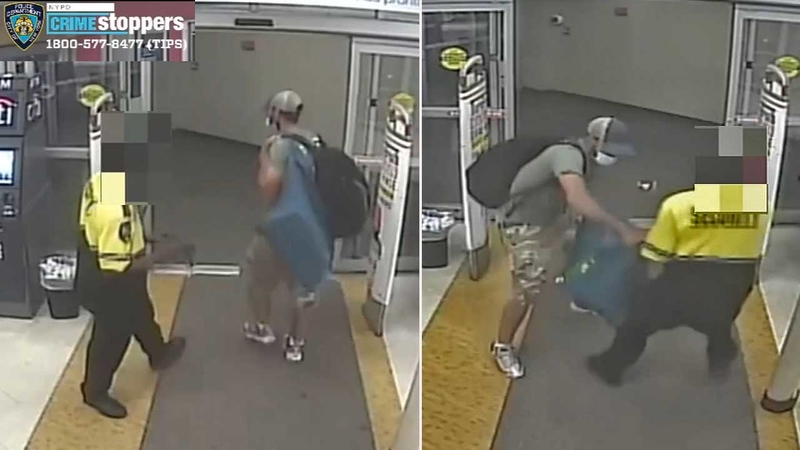 BRONX, New York (WABC) -- Police have released video of a suspect attacking a security guard while trying to rob a Walgreen's store in the Bronx.

It happened July 26 inside the store on Soundview Avenue.

Police say the suspect was trying to steal beer when the security guard stopped him.

That's when the suspect slashed the 54-year-old guard in the arm, leaving him with severe cuts.

The security guard was treated at an area hospital.

Investigators are asking for the public's help identifying the attacker.