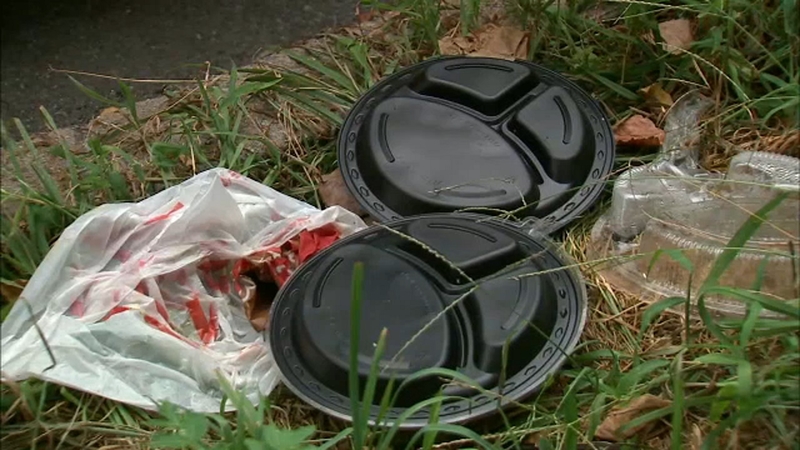 PELHAM GARDENS, Bronx (WABC) -- You would think a small vacant lot filled with used condoms and trash would be in some remote, desolate part of the city. In fact, the lot sits in the middle of a Bronx residential neighborhood - right across the street from a daycare.

The lot is located right above the 5 train in Pelham Gardens at the corner of Mace and Pearsall Avenues.

"At night men bring prostitutes and they conduct their business right here and they're discarding their used condoms in the lot," says resident Bobbie Brooks.

Rob Rodriguez's wife runs the lot - so he used to clean it himself, but it just became too much.

"I called 311. 311 sends sanitation. They take maybe like a week or so - they come by, but after that they just let it go and it keeps going on. Nasty," Rodriguez says.

The weeds along the Mace Avenue side of the lot has grown so high it has grown over the fire hydrant.

Residents have also tried to get the city's attention - they say they have called 311 endlessly, have emailed and have even gotten local elected officials involved.

While the lot has been filled with trash for a few years, neighbors say a few years ago it was better - a community garden maintained by a resident.

"I saw the sanitation last year come here and rip out a garden that an Asian man had here. A gorgeous garden. My husband would stop and he would get some vegetables from him," says area resident Lorraine Canney.

The Department of Sanitation says it is looking into the matter.