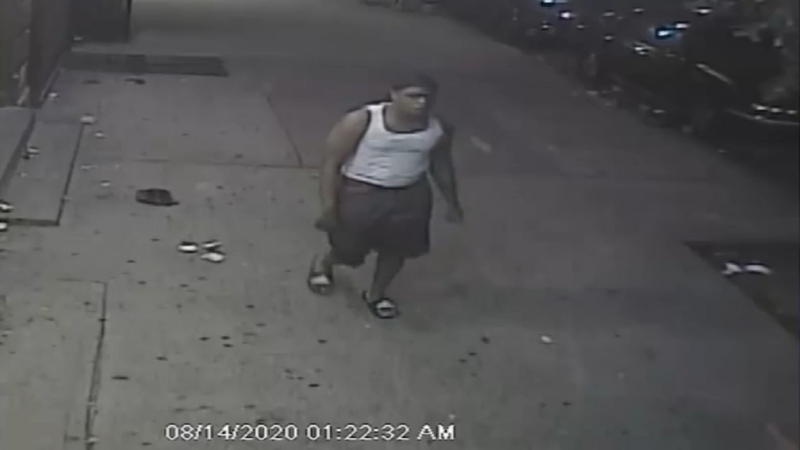 CROWN HEIGHTS, Brooklyn -- The NYPD released video in the search for a suspect in a chokehold robbery in Brooklyn.

Police say the suspect walked up behind a 55-year-old man early Friday morning on Pacific Street in Crown Heights and put him into a chokehold.

According to investigators, the suspect then stole the victim's credit cards from his pocket as he lay on the pavement.

The victim managed to get up and get away from the suspect.