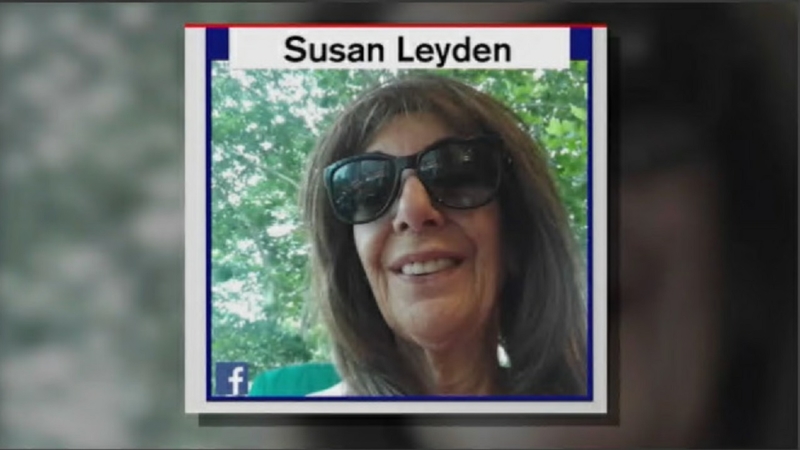 EAST NEW YORK, Brooklyn (WABC) -- Autopsy results are in for the woman police believe was murdered and dismembered by an 83-year-old serial killer.

The report says Susan Leyden died of 'homicidal violence, including blunt force trauma to the head.'

Leyden's body parts were found in different locations across Brooklyn.

In addition, police say they found her head and an electric saw inside the partment of the suspect, Harvey Marcelin.

Marcelin identifies as a woman.

She previously served time for killing two girlfriends.
The 83-year-old was arrested March 4, the day after Leyden's torso was discovered, and has been held without bail since at Rikers Island.

Then, on March 7 what is believed to be Leyden's leg was found in some trash on nearby Jamaica Avenue.

Police believe Leyden was captured on surveillance video entering Marcelin's apartment near the crime scenes on February 27. Marcelin was seen leaving the apartment three days later with a bag believed to contain her torso.

They say the suspect and the victim knew each other for at least two years. Authorities are still going through how the relationship came about and what the real relationship between them was.

"We are still looking into the motive, but based on her history, she's capable of a lot of evil things out there," said NYPD Chief John Chell.

Marcelin has spent more than 50 years behind bars and was released from the state prison in August of 2019 and is on lifetime parole.

On April 18, 1963, Marcelin fatally shot a girlfriend in Manhattan and was later convicted of murder before being released on lifetime parole in May of 1984.

Then, on November 2, 1985, Marcelin fatally stabbed another girlfriend, also in Manhattan.

Her dismembered body was found in bags near Central Park, and Marcelin was convicted of manslaughter and later released on lifetime parole in August 2019.