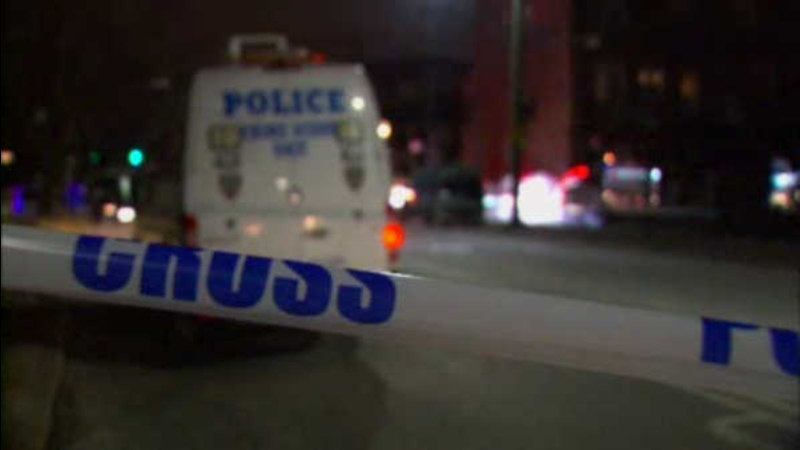 Exclusive video: Teen gets on bus with severed arm after robbery victim runs down assailant in SUV

CANARSIE, Brooklyn (WABC) -- It was quite a turn of events for Phillip Pierre. The married father of three found himself cuffed in a police stationhouse, marched to a waiting van for a trip to court, accused of attempted murder.

'Michael' says Pierre was just trying to help police catch the teen who had robbed him. 17-year-old Zachary Sam had arranged to meet Pierre in his Honda Pilot, to buy a pair of Air Jordan 8 sneakers for $190. Police say Sam pulled out a gun and stole the sneakers instead.

Surveillance video captured Sam getting out the car, and Pierre driving away, but then he made a u-turn and appeared to aim straight at Sam, mowing him down. Pierre's cousin insists he was just trying to detain him.

Watch the video here: (WARNING: Video may be considered disturbing)


"I know what the video's showing - if somebody pulls a gun in your head, and you're trying to get the cops to catch him, what would you do? You're telling me just let him go?" he said.

Sam, who lost an arm in the crash, ran away from the scene, then stumbling to his house around the corner, where he collapsed in front of his mother. Doctors at Bellevue Hospital spent hours trying to reattach his arm, which officers found at the scene, along with his gun. When Sam is out of the hospital, he will be heading to jail.

Raymonde Jason is Sam's upstairs neighbor - he has known him since he was six years old.