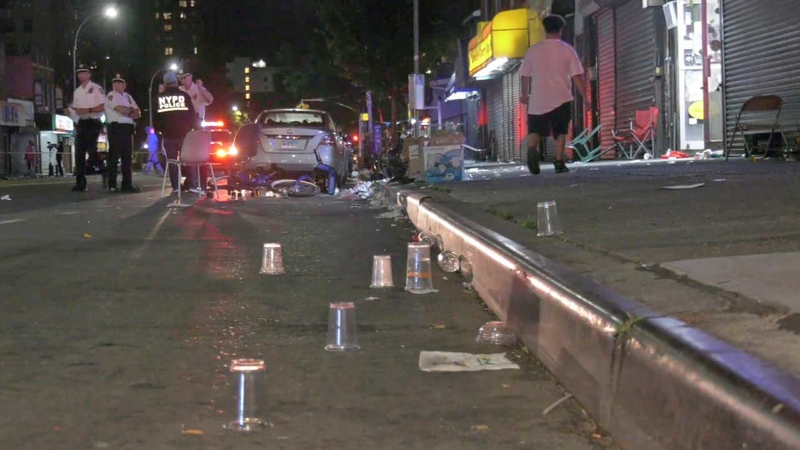 BROWNSVILLE, Brooklyn (WABC) -- Five men were shot while playing dice in front of a bodega in the Brownsville section of Brooklyn Tuesday night.

The victims, all in their 20s, were struck when a gunman arrived in a dark colored sedan on Mother Gaston Boulevard at around 10:10 p.m., got out and opened fire.

They sustained the following injuries:

-- and a fifth man was grazed to the buttocks

Three victims were taken to Brookdale University Hospital, a fourth to Kings County Hospital, and the man who was grazed declined medical attention at the scene.

All are in stable condition.

One of the victims was found in the bodega, the others were located by police nearby.

The suspect fled south on Mother Gaston Boulevard. No arrests were immediately made.