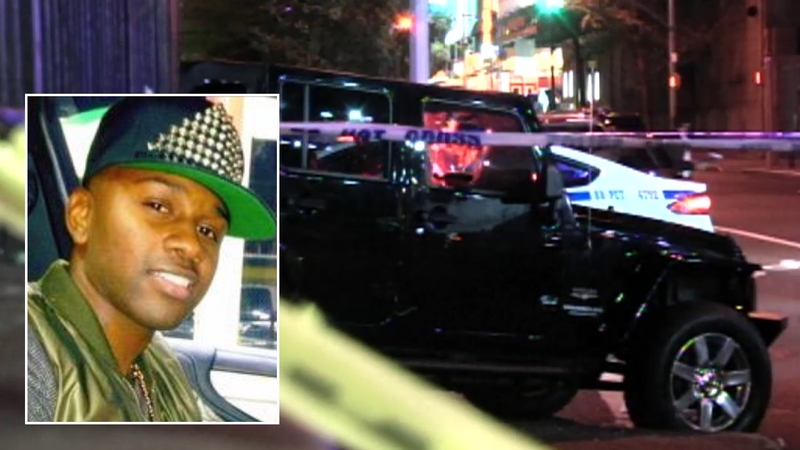 BROOKLYN (WABC) -- A hip hop producer from Brooklyn died while trying to drive himself to the hospital after he was shot last Sunday night.

Investigators said 31-year-old Eric McKinney, of Brooklyn, crashed his car at Ashland Place and Dekalb Avenue, apparently driving the wrong direction about a block away from the hospital in Fort Greene. He had been shot twice -- once in the left arm and once in the torso.

Police say that as McKinney sat at a red light, a man walked up and started shooting. As McKinney drove, he hit one fence and backed into another before coming to a stop.

He was taken to the hospital, where he died a short time later.

His family said McKinney, who went by the name "Carl," was a hip hop producer and a father of three.

Eric Mckinney, known as Carl by friends & family, shot in #Brooklyn; dies after trying to drive himself to hospital. pic.twitter.com/rh2eCuSPKN

No arrests have been made. It is still unclear whether McKinney was specifically targeted, or was the victim of a random robbery or carjacking.