Man stabbed at Brooklyn deli over 50 cents: 'I could be dead'

Stacey Sager has the exclusive from Crown Heights.

CROWN HEIGHTS, Brooklyn (WABC) -- A man who was viciously attacked at a deli in Brooklyn last week said he's lucky to be alive.

The 32-year-old victim, who wishes to have his identity protected, talked exclusively with Eyewitness News Tuesday.

The man was inside a deli on Utica Avenue in Crown Heights Friday night, when the attacker approached him and asked him for 50 cents. The victim said he didn't have any spare change on him at the time, and left the deli to head to friend's house.

But the incident was far from over.

"I kept walking, and all of a sudden, right up behind me, he comes and grabs me and told me I 'should've given him the 50 cents,' and now he's going to grab my wallet," the victim said.

The victim said he didn't even put up a fight, but the attacker escalated.

"When he had me on the ground and I saw the knife come out, I was like, 'man, I gotta give everything I got to this guy 'cause this is a man with a knife now," the victim said.

The attacker looks like he's in his 50s and was wearing a hood, hat and glasses.

Police released these photos of the suspected attacker:

The whole thing was so shocking, the victim said he didn't even realize he was stabbed, at first.

"I was walking up the stairs, my shirt was wet and I was like, 'why is it wet?' And it was full of blood," the victim said.

But what's most shocking to the victim is the fact that all of it happened over just 50 cents -- routine panhandling, which happens all over this city all the time.

"It's strange because that happens almost on a daily basis, someone asks if you have a dollar, got some change, sometimes you have it and they don't bother you," the victim said. "It's a New York thing, so to have someone do that, I've been here 10 years, it's never happened to me before."

Anyone with information is asked to call the NYPD's Crime Stoppers Hotline at 1-800-577-8477, submit tips online at www.nypdcrimestoppers.com, or text any tips to 274637 (CRIMES) and then enter TIP577. 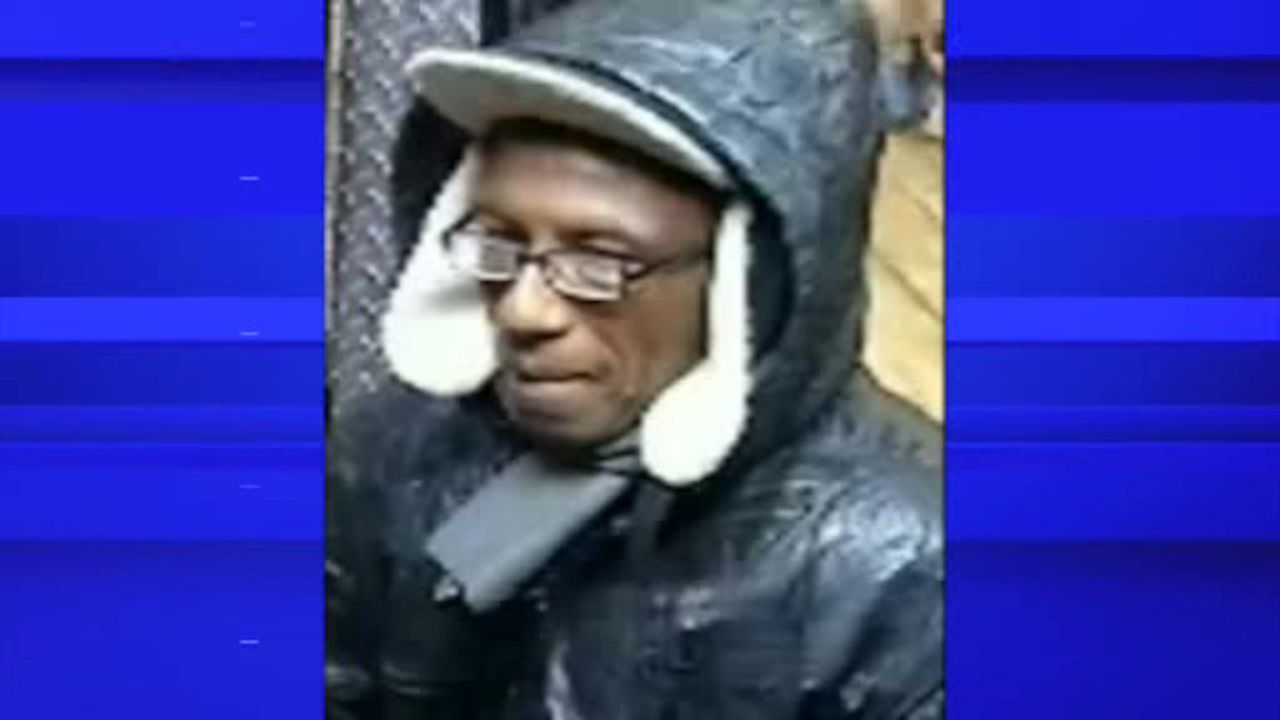