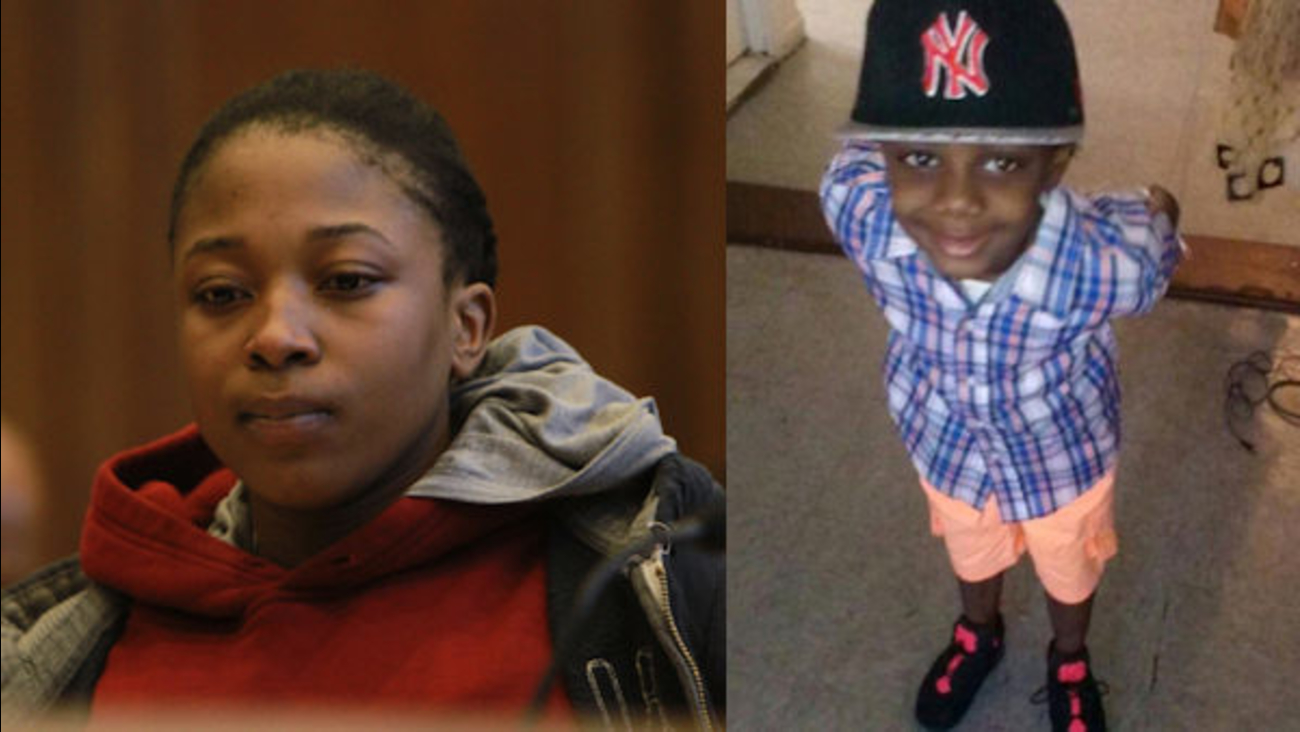 Prosecutors say Christen Dale admitted to hitting her nephew, Ethan Ali, several times with a belt because he wouldn't go to sleep. (WABC)

BROWNSVILLE (WABC) -- A woman accused of beating her 3-year-old nephew to death pleaded not guilty in court Friday.

21-year-old Christen Dale was in court and charged with manslaughter, assault, endangering the welfare of a child, and criminal possession of a weapon in the death of her nephew, Ethan Ali.

Dale is being held without bail.

Prosecutors say Dale admitted to hitting Ethan several times with a belt because he wouldn't go to sleep.

The Medical Examiner on Thursday ruled his death a homicide.

Police say there were bruises on the youngster's body, and investigator questioned his aunt that same day, and sources tell Eyewitness News was with him when police responded to the 911 call.

A police officer was standing guard inside the apartment, where Ethan was found battered, bruised and not breathing.

Dale's attorney says she loved Ethan, and at most this is a case of excessive discipline.

Dale attorney says his client is traumatized over her nephew's death and has been placed on suicide watch.

Family members were overcome with grief leaving the house Wednesday, overwhelmed with misery.

"He was so vibrant," one crying relative said.

Family members say the boy was staying with his mother, but his father, Tony Ali, was trying to gain custody.

"His only child, and he wanted custody of him, and they wouldn't give it to him," said a person with knowledge of the family relationship. "They was to go back to court the 24th of March to get custody."

The little boy's lifeless body was so small that a worker from the Medical Examiner's Office covered his body with a sheet, gently picked him up in his arms and carried him out of the house.