Wall collapse at construction site on East Side 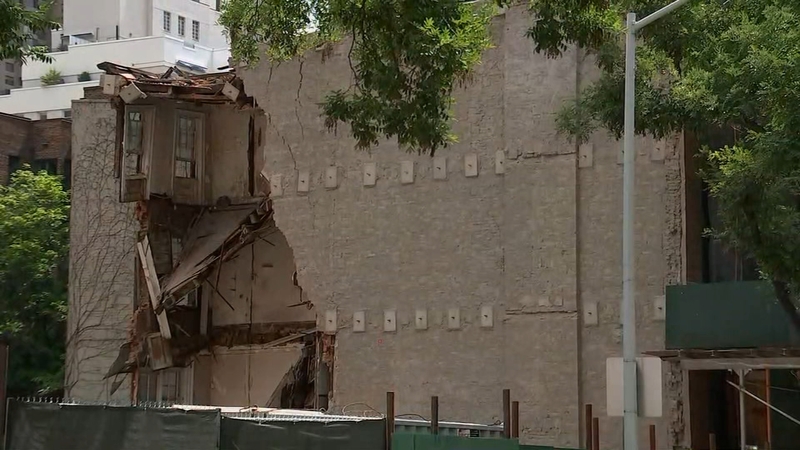 EAST SIDE, Manhattan (WABC) -- A large section of the wall of a building at a construction site in Manhattan collapsed on Thursday. There were no injuries, but the incident did impact traffic.

Video from NewsCopter 7 and from an Eyewitness News camera on the ground showed a large portion of the side of the building had fallen. Debris was seen strewn outside the area which collapsed.

Hours later, officials said a second wall collapsed at the site. There were no injuries in that incident.

NewsCopter 7 was overhead after the side of a building under construction collapsed on Manhattan's East Side.

There was an ongoing excavation operation at the adjacent property, 209 3rd Avenue, in preparation for a new 35 story building.

The neighboring building, 213 E. 34th St, is being temporarily evacuated as a safety precaution.

34th street was closed between 2nd and 3rd Avenues because of FDNY activity. The Queens Midtown Tunnel exit was also closed.

The Department of Buildings was investigating what caused the collapse.