LONG ISLAND CITY, Queens (WABC) -- Amazon is coming to Queens and bringing thousands of good paying jobs to the city, but not everyone is happy -- and local leaders and residents held a protest Wednesday.

The protest began at 11:30 a.m. outside what will be the new site for Amazon once it's redeveloped. It was planned before the details of the Amazon deal were even revealed.

The concerns raised mirror the ones brought up Tuesday night at a community meeting in Long Island City. Some residents say want to see Amazon investing the infrastructure, subway system and affordable housing.

"We have so many members over in the NYCHA houses that are just blocks from here that are already working in different types of fulfillment and distribution centers that are in the city already," said Chelsea Connor, of the Retail, Wholesale and Department Store Union. "Their rents are going to increase, and it's not just the rents. Their groceries are going to be astronomical."

In an announcement Tuesday, Amazon promised 25,000 jobs in Long Island City, along with green space and job fairs. But there is outrage over financial incentives given to Amazon that includes a more than $1.5 billion tax credit from the state, a half billion for construction and an unknown amount of city incentives that could reach over $100 million more.

"We're seeing such an issue of people just being able to pay their rent, that we can somehow find money to give to Amazon, but can't fix our trains, can't deal with the housing crisis, can't actually deal with what's going on in our schools," said Zachary Lerner, of New York Communities for Change. "It's just very troubling to us."

"This is a big money maker for us," Governor Andrew Cuomo said. "Costs us nothing."

"Why isn't (Mayor Bill) de Blasio making sure that we, that the small business owners, who are the biggest employers in the country, that we are well?" business owner Michelle Melnick said. "No one's giving me a kickback."

Not everyone is negative about the deal though, and many are optimistic for the opportunities Amazon may bring.

"It's going to give plenty of people the opportunity to get into the middle class who otherwise wouldn't be able to," area resident Jimmy Dillon said.

That includes many at the Queensbridge Houses, the nation's largest public housing complex that is home to roughly 6,000 people, many of them low-income blacks and Latinos. And some of them said Amazon's arrival and promise of 25,000 jobs means new employment opportunities for them.

"You see how big the community is, you've got a lot of young kids who come from school and after school jobs," tenant Country said. "Plus it'll be easy to go to work."

Dave Evans has more on the protests against the plan for an Amazon headquarters in NYC. 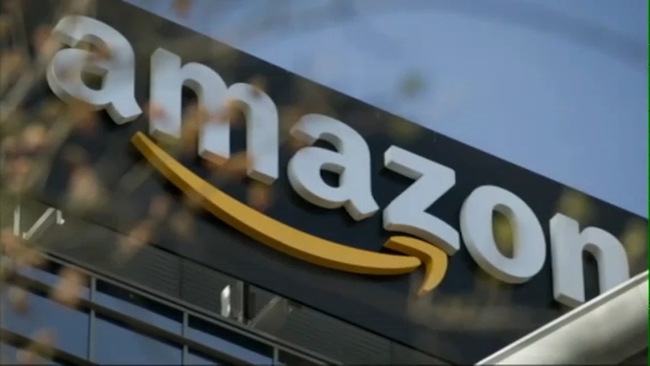