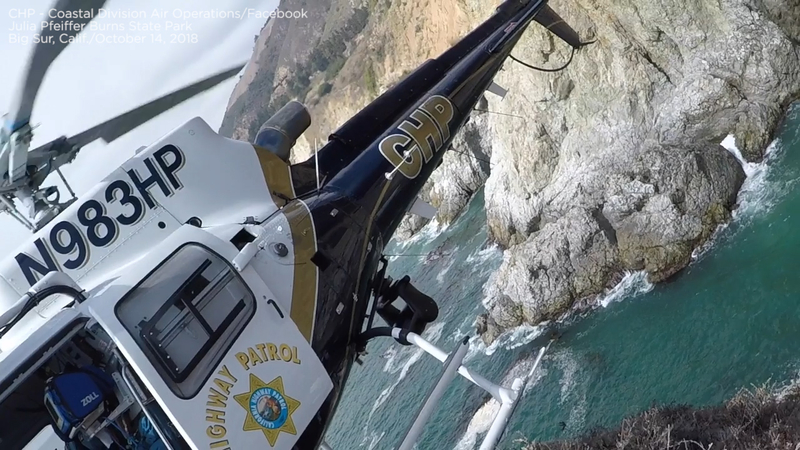 BIG SUR, Calif. -- California Highway Patrol's Coastal Air Operations unit came to the rescue of a young man who had been swept off a rock and into the ocean along the Central Coast.

The man was able to climb out of the water but was still stranded in a rocky part of McWay Cove in Julia Pfeiffer Burns State Park, according to CHP. The agency sent a team of first responders in a chopper to rescue the man on Oct. 14, and the pilot managed to hold the helicopter steady with only a small portion of the left skid touching the rock.

Footage released by CHP showed a paramedic climbing out of the helicopter and walking the man back to the aircraft. The man, who did not appear to have sustained serious injuries, was dropped off at a nearby turnout along Pacific Coast Highway.