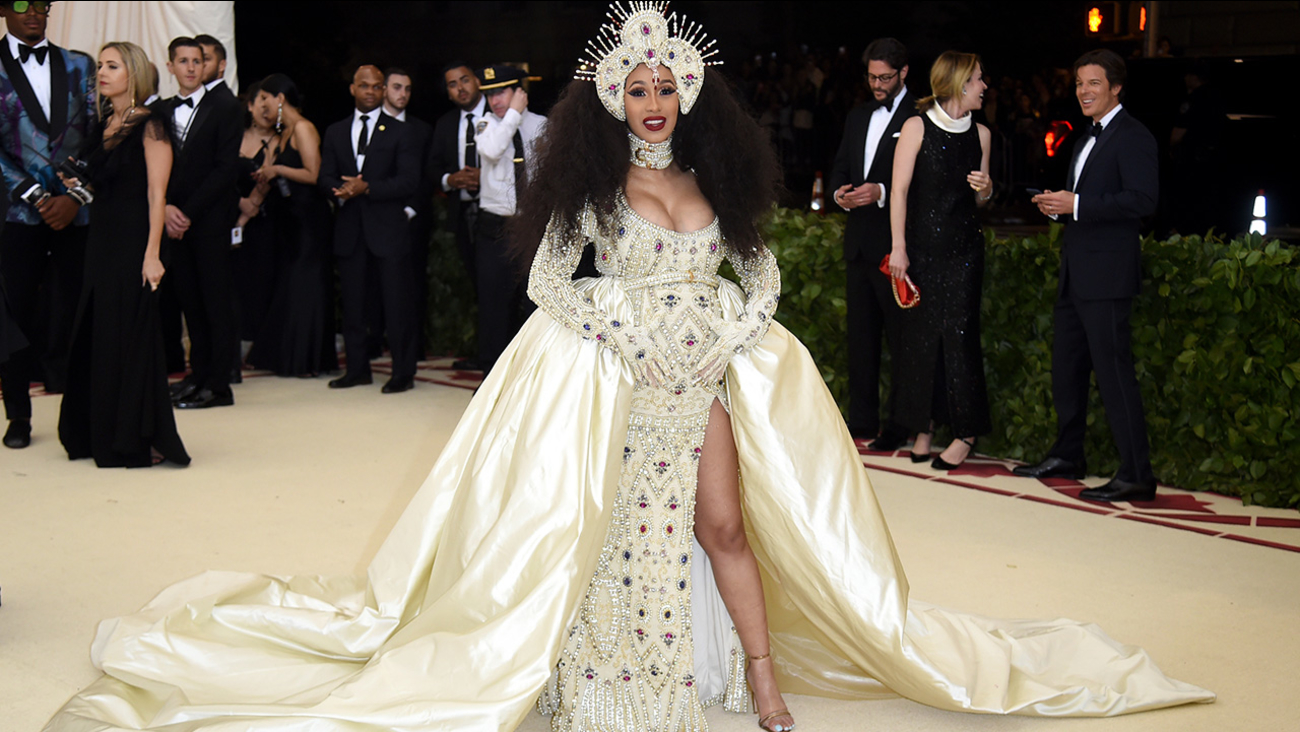 UPPER EAST SIDE, Manhattan (WABC) -- Cardi B responded on Instagram in a now-deleted post on the beating of a man who wanted her autograph.

The rapper had posted, "i take a lot of pics with fans. Some people are not fans and sometimes i don't want any pics and i simply don't want people too close cause of my pregnancy. i don't know what people's intentions are, so i am careful. Why can't people respect that?"

TMZ video shows Giovanni Arnold asking Cardi B for her autograph outside a Met Gala after party on the Upper East Side.

After he asked a second time, he was jumped on and then repeatedly punched and kicked by several people.

Arnold was taken to the hospital, but he is now back home in the Bronx recovering.

He is a known autograph broker who has gotten autographs from Cardi B and countless other celebrities in the past and is even currently selling some of her autographs on his web site. He is alleging that the rapper Offset directed three members of their entourage to attack him.

Separately, Offset is now looking for a $150,000 chain he says was stolen from his SoHo hotel room.

The 26-year-old rapper reportedly left his chain on the coffee table in his penthouse at Hotel Sixty LES. He packed up his belongings and checked out of the hotel Tuesday.

When the rapper arrived home in Atlanta, he realized the diamond chain was missing. He called his manager, who was still at the hotel, but the chain was gone.