Video: Woman falls through ceiling while trying to escape from police 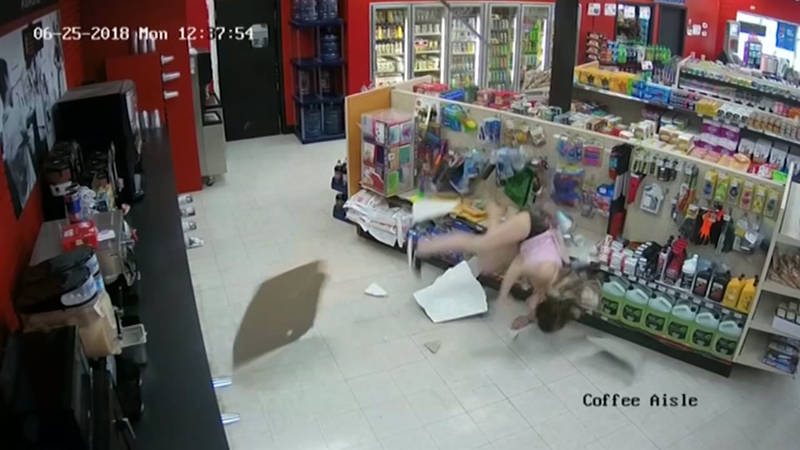 ALBERTA, Canada -- Surveillance video obtained by authorities shows a woman falling through a convenience store ceiling after trying to escape from Canadian police.

The store owners told authorities that they became suspicious that a man and woman had a stolen credit card, so they called police.

When police arrived, the man tried to fight them while the woman ran to the back of the store and crawled up into the ceiling.

The woman eventually came crashing down, and both people were arrested.

Luckily, no one was injured during the incident.