Progressive members of Congress call on Pelosi, Schumer to act on eviction moratorium 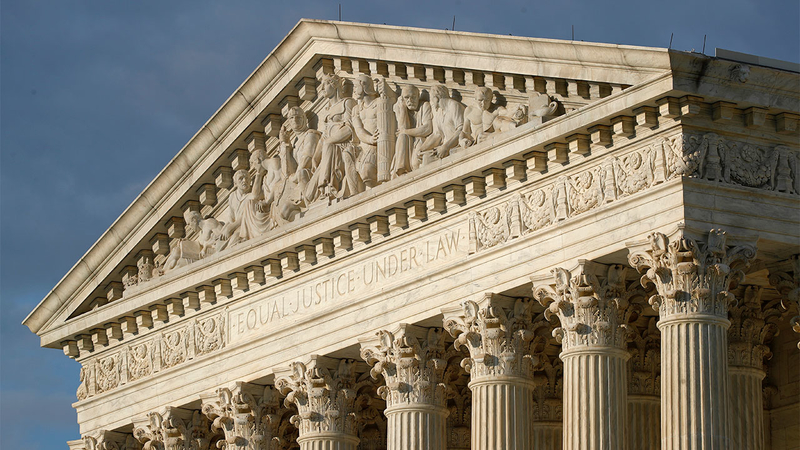 "As your fellow colleagues, we implore you to act with the highest levels of urgency to advance a permanent legislative solution in a must pass legislative vehicle in order to extend the life-saving federal eviction moratorium for the duration of the deadly global health crisis. We must continue to curb the spread of the Delta variant using every legislative tool at our disposal in Congress," the lawmakers wrote in a letter sent Friday to House Speaker Nancy Pelosi and Senate Majority Leader Chuck Schumer, exclusively obtained by ABC News.

The letter was led by Democratic Reps. Ayanna Pressley, Alexandria Ocasio-Cortez, Jimmy Gomez, and Cori Bush. More than 60 lawmakers have signed on to the letter, ABC News is told.

In an eight-page ruling, the Supreme Court determined that Congress must extend the federal eviction moratorium unilaterally.

MORE: With eviction moratorium expiring Saturday, Biden calls on Congress to act
"Congress was on notice that a further extension would almost surely require new legislation, yet it failed to act in the several weeks leading up to the moratorium's expiration," the court wrote in an unsigned, eight-page opinion.

"If a federally imposed eviction moratorium is to continue, Congress must specifically authorize it," the court said.

"It is indisputable that the public has a strong interest in combating the spread of the COVID-19 Delta variant. But our system does not permit agencies to act unlawfully even in pursuit of desirable ends," the court writes. "It is up to Congress, not the CDC, to decide whether the public interest merits further action here."

The move will likely mean hundreds of thousands of tenants are lose their homes because they are unable to pay rent, and it comes as the Delta variant of the coronavirus continues to run rampant across the country.

Bush, who was formerly homeless, posted up on the Capitol steps to protest the moratorium ending earlier in August.

The moratorium, essentially a nationwide ban on evictions, was put in place by the Centers for Disease Control and Prevention last September. In June, the Supreme Court voted 5-4 to allow the eviction ban to continue through the end of July but signaled in its ruling that it would block any further extensions unless there was "clear and specific congressional authorization."

Amid public outcry, House Democratic leadership was looking to possibly take legislative action before its summer recess, but those efforts did not take place.

The CDC ended up passing another extension in early August, largely due to the public outcry and protests led by Bush.

In a statement Friday, Pelosi did not indicate that the House would return from its recess to pass legislation. She called on state and local governments to disperse rental assistance immediately. Only about $5.1 billion of the $46.5 billion in aid had been disbursed by the end of July, according to figures released earlier in the week.

"Earlier this month, thanks to the leadership of President Biden and Congressional Democrats, the imminent fear of eviction and being put out on the street was lifted for countless families across America with the issuing of a new CDC eviction moratorium. Last night, the Supreme Court immorally ripped away that relief in a ruling that is arbitrary and cruel," she said in a statement.

"Congressional Democrats have not and will not ever accept a situation of mass evictions. We will continue our work to ensure that families suffering hardship during the pandemic can have the safety of home, as we also work with communities to ensure the immediate disbursement by states and localities of the over $45 billion allocated by Congress for rental assistance," she added.

Following the release of the progressives' letter, Pelosi also sent her own letter to the Democratic caucus, again reiterating that the chamber will assess "possible legislative remedies."

"Preventing mass evictions is a priority that unites Democrats, and I remain proud of the work that our House Democratic Caucus has done to provide relief for families and landlords, including working with the Biden Administration to secure the new moratorium and allocating the $46.5 billion in emergency rental assistance initiated by Chairwoman Maxine Waters. We will continue to work with the Biden Administration and with our communities to urge a halt to evictions and to ensure the immediate disbursement by states and localities of the rental assistance," she said in her letter.

"At the same time, the House is assessing possible legislative remedies. House Financial Services Chairwoman Maxine Waters is examining the most effective way to expedite the flow of funding of rental assistance by states and localities. Families must be protected during the pandemic, and we will explore every possible solution," she said.

"As we all agree, eviction is a horror that no family should ever have to experience: cribs and personal belongings on the street, children in fear and distress and parents struggling to find basic shelter. As we work to prevent this crisis, I again salute our House Democratic Caucus for the relentless and values-based leadership that Members continue to bring to this fight," she said, in a nod to progressives.

"The Biden Administration is disappointed that the Supreme Court has blocked the most recent CDC eviction moratorium while confirmed cases of the Delta variant are significant across the country. As a result of this ruling, families will face the painful impact of evictions, and communities across the country will face greater risk of exposure to COVID-19," Psaki said.

"In light of the Supreme Court ruling and the continued risk of COVID-19 transmission, President Biden is once again calling on all entities that can prevent evictions - from cities and states to local courts, landlords, Cabinet Agencies - to urgently act to prevent evictions," she said.

Psaki said Friday that President Biden supported extension efforts in Congress but also called for action at the state level.

ABC News has reached out to Pelosi's and Schumer's offices for comment.