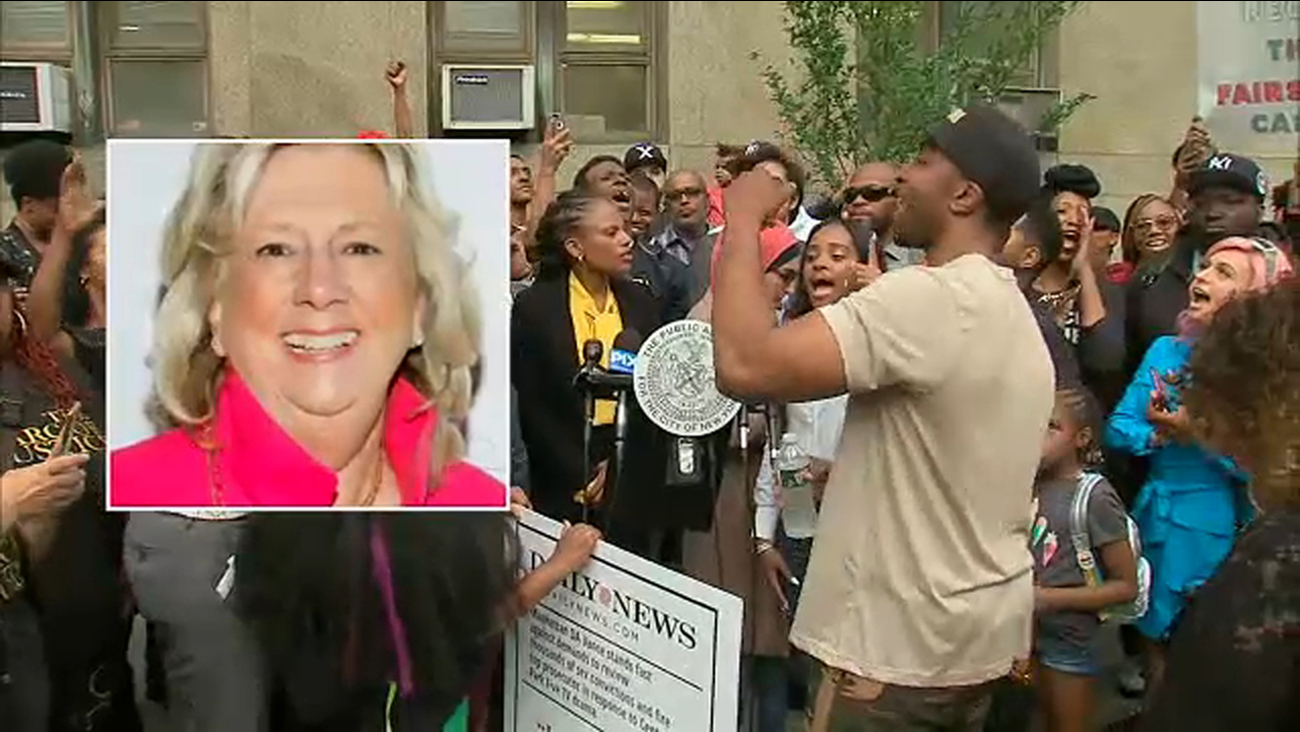 Cries for justice echoed outside the office of Manhattan DA Cyrus Vance as speakers voiced their anger at his decision not to reopen all past cases handled by Fairstein.

"If DA Vance can't do it, we need an independent investigation," said New York City Public Advocate Jumaane Williams. "But it shouldn't take another 30 years to do it, to find out why the DA refuses to fix the injustices of the past."

In 1989 Fairstein, a former city prosecutor, was applauded for sending five young men to jail in the Central Park jogger case, in which an innocent woman was savagely raped and attacked, and found barely alive.

But the men Fairstein put behind bars were not guilty, and decades later DNA proved their innocence. They said they were coerced into confessing their involvement in the attack.

Their convictions were overturned in 2002. The city then paid more than $40 million in damages to the men.

A new Netflix series "When They See Us," a miniseries that dramatizes the events surrounding the trial, reopens the painful wound and paints Fairstein in a critical light.

She responded that the show "depicts me in a fictionalized version of events in a grossly and maliciously inaccurate manner."

Fairstein, once the head of the sex crimes unit, is no longer a board member at Vassar College and there are calls to boycott her best selling novels.

But the backlash against her stops at the District Attorney's office. He will not revisit more than 25 years worth of cases she prosecuted.

Fairstein's harshest critics acknowledge she may have helped many rape victims along the way but ask what if there are more victims of unfair prosecution like Kevin Richardson, one of the Central Park 5.

"I'm telling you they are not the only ones," said Richardson's sister Angela Black. "When is this city going to take some responsibility?"

"Linda Fairstein could have done some good things for rape victims and still needs to be held accountable for everything that occurred," said Williams.