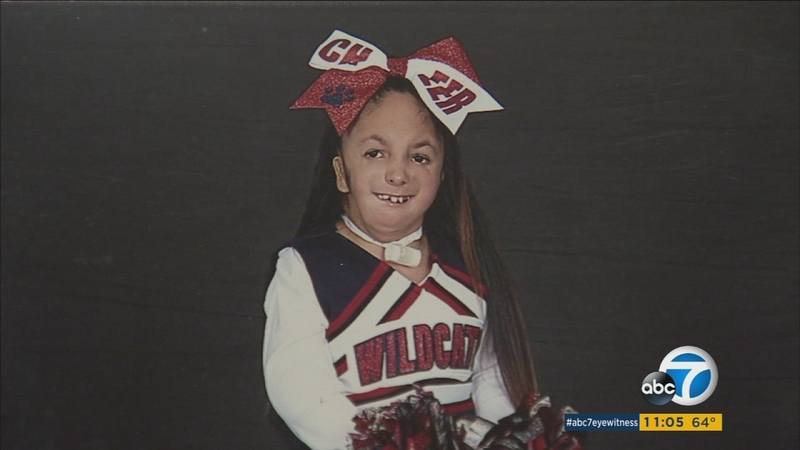 Whittier girl not allowed to join cheer squad because of disability, family says

WHITTIER, Calif. -- Jazmin Garcia has been a fighter since she was born. The 10-year-old has an extremely rare condition known as Nager syndrome, which affects the development of a person's face, hands and arms.

Jazmin has a tracheotomy and some physical limitations, but she has never let her disability stop her.

"I can do anything," she said.

She's even competed on a cheer squad for the last two years. But when Lisa Armenta-Garcia went to sign her daughter up for a new squad with the Twin City Wolverines Pop Warner cheer league, she said the coordinator told her the fourth grader couldn't join.

Armenta-Garcia said the discrimination has been heartbreaking and something the family hadn't experienced until now.

"This is not OK. No child should go through this. Children with disabilities should have the right to play and cheer at any organization," she said.

She said the president of the league has apologized and invited Jazmin to be part of the team. But for the feisty 10-year-old, the damage is done. She said she doesn't want to be part of a team that doesn't want her just the way she is.