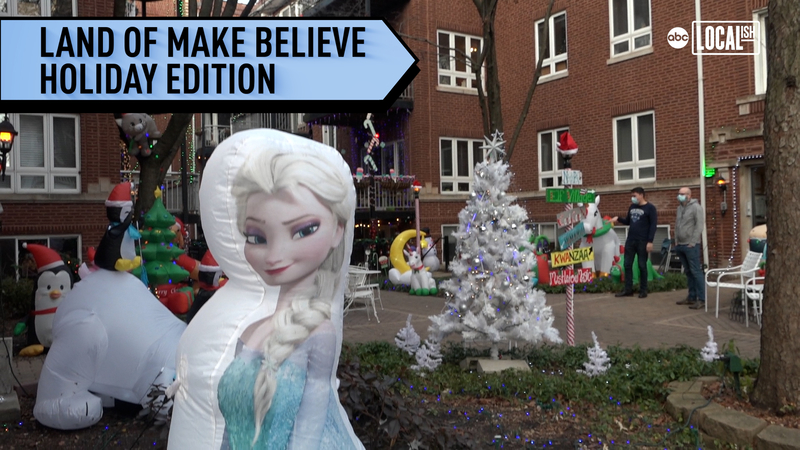 CHICAGO -- Chicago's Land of Make Believe is back - but this time with a holiday twist.

"The question was 'What's next?'" condo resident Dustin Geranen said. "We just thought, 'We can't just put up lights' so we had to do something bigger than what we did over the summer."

Earlier this year, neighbors in Chicago's Uptown neighborhood created a display of inflatable to bring a smile to people's faces during the shelter-in-place order.

"At one point, I had to stop people from buying more stuff," fellow resident David Geranen said in August.

The holiday display showcases more than 10,000 lights and 25 colorful inflatables, including dinosaurs, unicorns and reindeer.

"In a lot of ways we just want to do something fun for us and make other people who walk by happy," Dustin said.