2 children bitten by rats inside their apartment in the Bronx 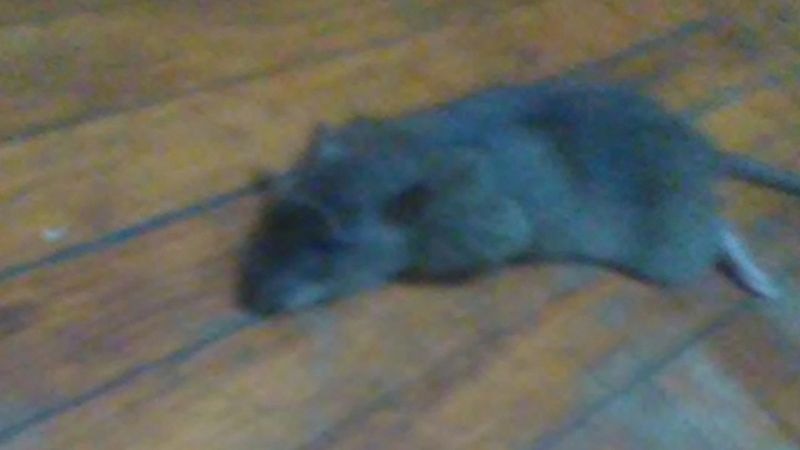 CLAREMONT, Bronx (WABC) -- A Bronx family says they are living in fear after two children were bitten by rats inside their apartment.

She was sleeping in her bed when a rat, we're told, bit her pinky toe and clamped down until Adela's mother beat it away with a broom stick. That was a week ago and her wound is still open.

"There was a lot of blood everywhere," said her mother Maria Torres through a translator. "I started crying and called the ambulance."

A few days before that, Adela's 6-year-old brother Wesley Vargas was bit on the finger

"I hear the sound of the rats, I hear them everywhere," said Maria.

She has seen them in her baby's crib and there are rat droppings in the children's dressers. Maria and her eight children live at 1701 Eastburn Avenue in the Claremont section.

After Adela was attacked, the health department ordered the landlord to fix the problem. The city says they already fined the building twice in the spring for violations.

When we arrived, the walls were freshly painted but there are still gaping holes, open portals for the rats to enter.

There are rat traps from the health department. The family says they catch a few rats every day and every day more rats come in.

For this family, their home is not safe

"When I was sitting on the couch I felt something on my back and it was a rat and I got scared," said 12-year-old Star Torres.

"I feel bad, I don't want my children to be passing through this stuff," said Maria.