Rapper arrested after incident on Kosciuszko Bridge in November 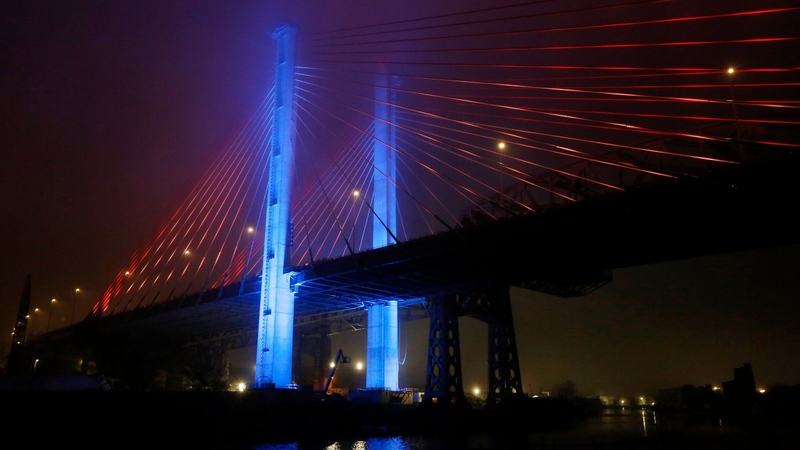 Rapper arrested after incident on Kosciuszko Bridge in November

NEW YORK (WABC) -- A rapper is under arrest after a group temporarily shut down the Kosciuszko Bridge in November.

The musician known as Chucky73 was arrested Tuesday after police say the stunt was staged for a music video.

Some of the footage of drivers doing doughnuts in their cars on Nov. 14 was posted onto social media.

Your Detective Squad has made another arrest regarding the events on November 14, 2021.

The individual was charged with reckless endangerment and a few other charges for shutting down the Koscuiuszko Bridge.@NYPDQueensNorth pic.twitter.com/wQtbqxHy2O

More than a dozen men got out of their vehicles and started rapping to loud music while filming themselves, blocking the bridge that day, police said.

The rapper's real name is Adel Mejia. He is facing charges of reckless endangerment, unlawful assembly and disorderly conduct.

Jose Ortega, 35, was previously arrested in December. He was charged with reckless endangerment.

A week after an Uber driver was violently robbed and knocked unconscious near an ATM, he and his wife received some great news from a generous viewer. Stacey Sager has the story.