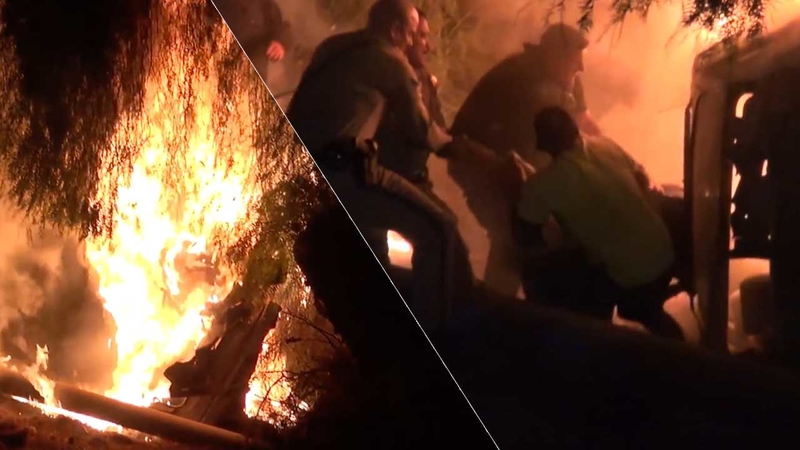 COLTON, Calif. -- A group that included good Samaritans was able to pull an unconscious 24-year-old driver from a burning car.

The crash happened early Wednesday morning in Colton, California on the transition road between westbound Interstate 10 and southbound I-215, according to the California Highway Patrol. A Lexus and a Nissan collided, also striking two other vehicles. The Lexus overturned and wound up on the shoulder of the road.

There was a passenger in the Lexus who was able to get out of the car before it caught fire. The driver of the Lexus, Dson B. Woods, was unconscious. The car then caught on fire, and the fire began to quickly grow.

Passersby tried to put out the fire but weren't able to. When the California Highway Patrol arrived, they were able to help the good Samaritans pull Woods from the vehicle.

More responders arrived to attend to the injured and put out the fire. Those involved in the crash were taken to the hospital "with a range of minor to major injuries," according to the highway patrol. In a video shared by HitAndRunJustice.com, one of the injured can be seen bleeding from the head.