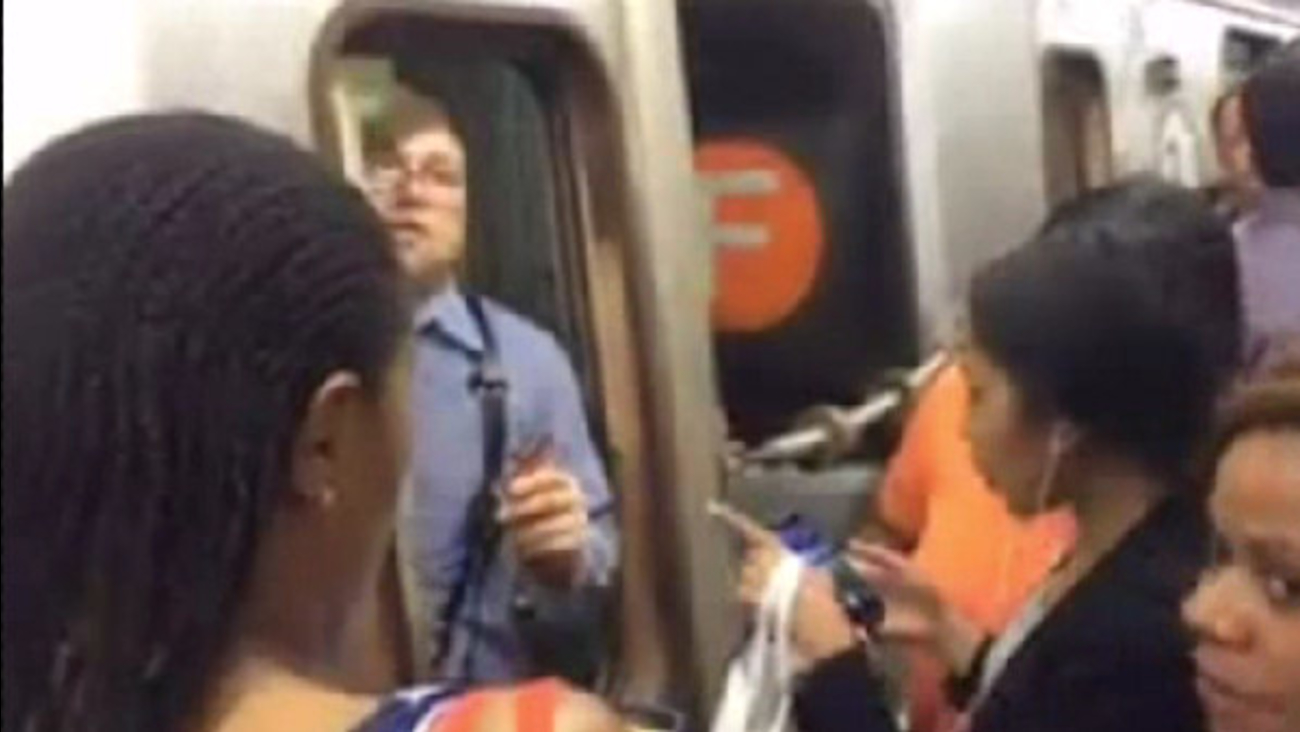 NEW YORK (WABC) -- There's new video of angry straphangers asking an "F" train conductor why he took them for a long ride out of their way.

The rush-hour commuters were taken on a surprise trip Monday against their will.

While stopped in Downtown Brooklyn, the conductor said the train would run express, and then took off without opening the doors.

Passengers were stuck on the train until it reached Park Slope.

The MTA says it's investigating.