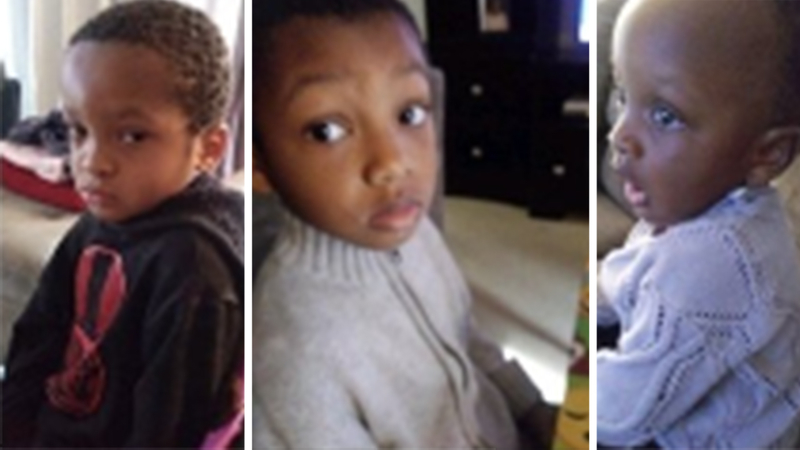 CYPRESS HILLS, Brooklyn (WABC) -- An Amber Alert has been cancelled for three children in Brooklyn who went missing.

Police say a woman and three children were all found safe after they went missing on Friday.

Officials say the children had last been seen on Van Siclen Ave. in Cypress Hills just after noon on Friday.

The New York State Police is activating an AMBER Alert on behalf of the NYPD 75th Pct.  The children were taken under circumstances that lead police to believe they are in imminent danger of serious harm and/or death.  If you have any information call 718-827-3548 or dial 911. pic.twitter.com/s7QgU250Xp

The missing children were:
Devine Johnson, 7, a Black male with black hair and brown eyes.

Hydi Jordan, a Black female approximately 1-year-old with black hair and brown eyes. She was last seen wearing a black sweater with pink leggings and was being pushed in a black stroller.

The suspect, Crystal Johnson, is a Black female, approximately 26 years old with black hair and brown eyes. She is approximately 5'2' and weighs about 150 pounds. Police say she was last seen wearing a navy blue sweater, leggings with a flower print, black boots. She had her hair in short twists and bruising under both eyes.

According to police, Johnson had been described as both suicidal and homicidal. She was had last been seen traveling on Van Siclen Ave.

Sources say ACS was supposed to take custody of the kids on Friday, and that is when she threatened to kill herself.

It is unknown why ACS was taking custody to begin with.

Earlier in the day, another Amber Alert was issued after a child in Pennsylvania went missing with her father. That alert was later canceled after they were both found safe in Queens.

The crash happened on the Cross County Parkway in Westchester County.

MORE NEWS | Teen among 3 killed in crash in Mount Vernon