Christie Brinkley breaks arm, daughter Sailor to take her place on 'Dancing with the Stars' 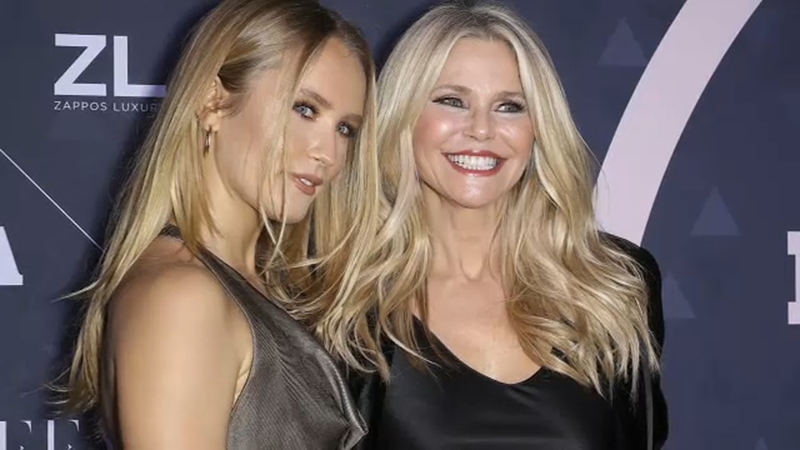 Christie Brinkley breaks arm, daughter Sailor to take her place on 'Dancing with the Stars'

NEW YORK -- Supermodel Christie Brinkley broke her wrist and arm and will not be able to take part in this season of "Dancing with the Stars."

However, her daughter, Sailor Brinkley-Cook, will be filling her dancing shoes. It turns out, she's a perfect fit in her mom's costumes.

Sailor said she was on her way to California to support her mother from the audience when she learned of the accident.

Brinkley asked her daughter to fill-in for her, and despite having just three days to learn the routines, she said she was up to the challenge.

"I'm literally about to take off, two minutes to takeoff, and my mom calls me and she said, 'Sailor, you need to save the day.' And I was like, 'What do you mean save the day?'" Sailor said. "I freaked out and I was like, 'I don't know if I can do this. I'm so scared.' And then I met with everyone from 'Dancing with the Stars' and-- and my partner and it was-- I felt this high of, like, just attacking something that I'm so afraid of seemed so incredible to do. She cries every five minutes at the fact that I'm doing this and the fact that I'm taking over. And it's basically-- she always calls it the silver lining. You know, I-- we found the silver lining in a terrible situation."

Brinkley provided a comment on the situation saying, "Showbiz is all about getting a break, and Sailor and I both got one on 'Dancing with the Stars' this season. Sailor joined the cast when I got mine...ouch somebody stop me, it hurts to laugh!"

Don't expect the judges to take it easy on her. Len Goodman said that she'll be judged just as harshly as every other contestant.

"I'm not takin' anything into account. I'm gunning for people this year," Goodman said.

BBC Studios and ABC released the following statement:
"While rehearsing for the premiere of 'Dancing with the Stars,' Christie Brinkley suffered injuries which required surgery to her wrist and arm. She is unable to continue her planned participation on the show. Keeping it all in the family, her daughter Sailor Brinkley-Cook, a Sports Illustrated model, has chosen to quickly step in with hours to learn the entire routine and will compete in her mother's place for the remainder of the season. We wish Christie a full and speedy recovery and look forward to seeing her in the audience, whenever possible, proudly supporting Sailor."