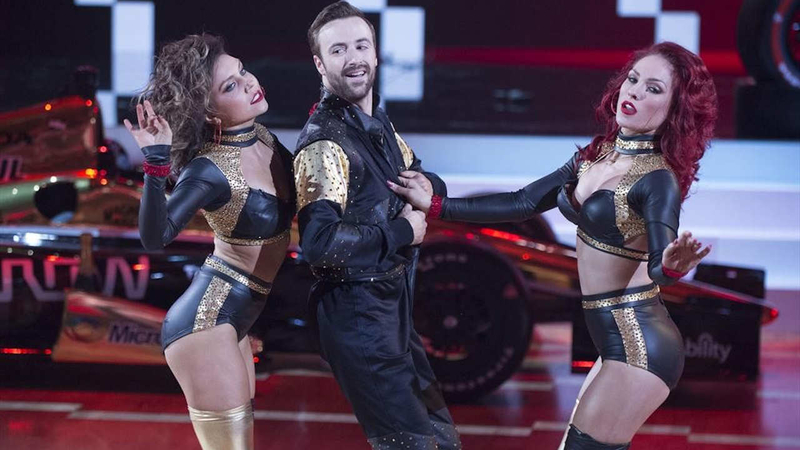 NEW YORK (WABC) -- The two-night finale of "Dancing with the Stars" begins Monday, with four contestants still in the running for the coveted Mirror Ball Trophy.

Gymnast Laurie Hernandez was one of the preseason favorites after winning gold and silver medals at the Summer Olympics in Rio de Janeiro. Now, the 16-year-old and partner Val Chmerkovskiy are rehearsing two numbers for the finals.

The "redemption dance" is a do-over from earlier in the season, while the freestyle is a fan favorite.

"It's free range in terms of creativity," she said. "There's no particular style, and you can pretty much do anything you want."

Current and former NFL stars have done well in the competition, and this year is no different.

"It's a no-rules thing," former NFL wide receiver Calvin Johnson, Jr., said. "We got a lot of risky things going on, but when they pay off, it's going to be really great."

Even by historical standards, the man as Megatron has surprised partner Lindsay Arnold.

"With Calvin, it's like every single week, I bring up something that we could try, thinking 'oh, it's not going to happen,'" she said. "And then, he makes it work for us."

The other athlete in the finals works sitting down, meaning there was an adjustment period.

"My feet have taken a beating, for sure," racecar driver James Hinchcliffe said. "Just being on them so much, dancing around."

Yet every step he takes is a miracle given the horrible crash last year that almost killed the Indy car driver.

"You look at everything a lot differently," he said. "I don't know if I would've committed myself to doing this beforehand, you know? I live life a lot more open. I push myself a lot more. I do things outside my comfort zone, because you never know if you're going to get that opportunity again."

For the final finalist, country singer and actress Jana Kramer, the competition was tough for another reason.

"Honestly, what hurts the most is not spending time with my daughter," she said.