BERGENFIELD, New Jersey -- At least four Americans killed in the stampede in Israel during the holiday of Lag Ba'Omer have ties to the Tri-State area, according to ABC News.

Daniel "Donny" Morris' death was confirmed by his uncle, Rabbi Yechiel Morris, and the Jewish Federation of Northern New Jersey.

"It is with a heavy heart that we share the news that Donny Morris, son of Mirlana and Aryeh Morris of Bergenfield, was one of the victims of the tragic event that occurred yesterday in Meron, Israel," the federation said. "Donny was a graduate of the Marsha Stern Talmudic Academy (MTA) and studying in Israel for his gap year. Our deepest condolences go to the Morris family. May Donny's memory only be for a blessing." 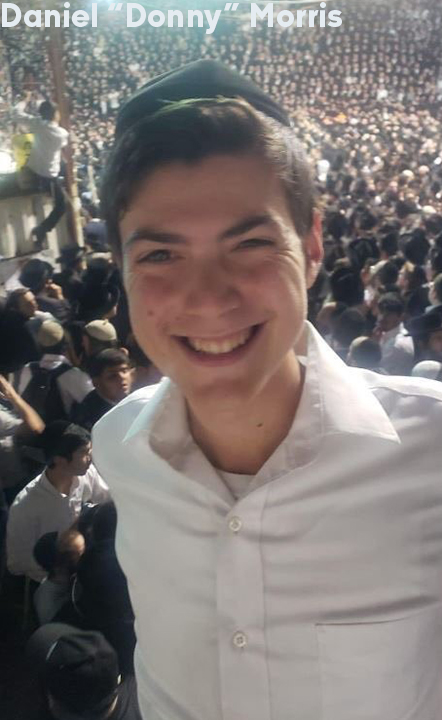 The Consulate General of Israel in New York confirmed Friday that four Americans had died in the stampede, which claimed at least 45 lives and left dozens injured.

"We are all shocked and devastated, in much pain," Rabbi Morris said. "There are no words."

The holiday is considered one of the happiest days on the calendar for the ultra-Orthodox community, a time of mass celebrations in honor of a revered sage. But in a split second Friday, the festive gathering in northern Israel turned into one of the country's worst-ever tragedies.

"(Wife) Tammy (Murphy) and I are devastated by the terrible tragedy at Mount Meron during the celebrations of Lag Ba'omer," New Jersey Governor Phil Murphy said. "We are praying for the victims and their families, the injured, and the people of Israel."

The Consulate is in contact and working with the families of all those who died and were injured to enter Israel as easily and quickly as possible. They are also remaining in touch with those families to help them in any other way possible.

In light of this tragedy, the State of Israel has called for a national period of mourning on Sunday, May 2, through Monday, May 3.

"Our hearts and prayers are with the victims of the terrible tragedy that took place last night during Lag B'Omer celebrations in Meron, Israel," Israel Nitzan, Acting Consul General, said. "We pray everyone who was injured on Lag B'Omer recovers quickly, and we will provide assistance in any way we can to the families impacted."

The disaster prompted a national outpouring of grief as devastated families rushed to identify their dead relatives and bury them ahead of the Jewish Sabbath. There was also anger toward authorities over an accident that experts had long feared.

"I am heartbroken by the tragedy that occurred overnight on Mount Meron in Israel," Governor Andrew Cuomo said. "The loss of life as thousands celebrated a joyous holiday is devastating. New York sends its thoughts and prayers to the families of the victims and to the people of Israel and the Jewish community worldwide who are reeling from this horrific incident."

The stampede began when large numbers of people thronged a narrow tunnel-like passage during the event attended by tens of thousands of ultra-Orthodox Jews, according to witnesses and video footage. People began falling on top of each other near the end of the walkway, as they descended slippery metal stairs, witnesses said.