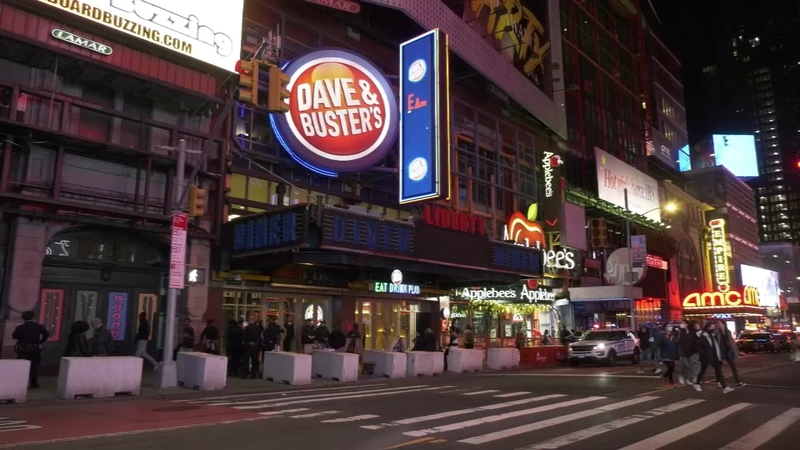 Man stabbed to death inside popular Dave & Buster's in NYC

TIMES SQUARE, Manhattan (WABC) -- A man was stabbed to death after a fight broke out inside a Dave & Buster's in Times Square Saturday night.

That's when one man pulled out a sharp weapon and stabbed a 39-year-old man in the chest.

EMS responded and took the man to St. Luke's Hospital, where he was pronounced dead.

The suspect fled the scene but was caught by officers that were on patrol nearby.

He was taken into custody and charges are pending.