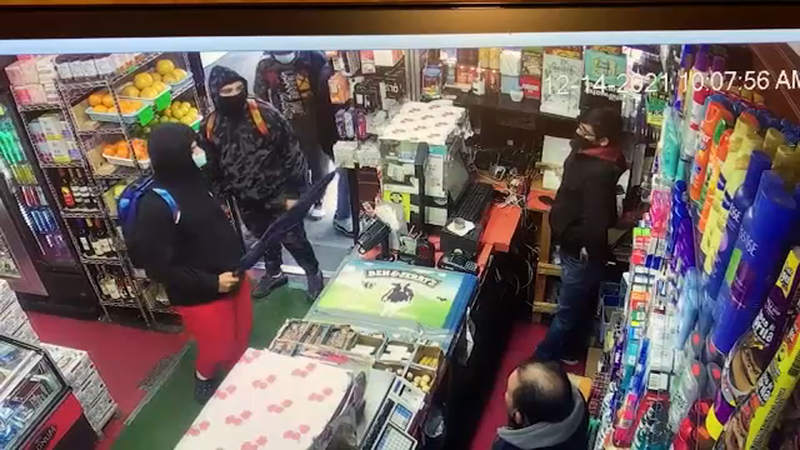 EAST VILLAGE, Manhattan (WABC) -- One bodega in Manhattan has had to change its whole business operation because of constant harassment of its workers with no end in sight.

The Sheen Brothers deli on Avenue B used to be open 24 hours, now it's closed at night and customers need to be buzzed in during daytime hours.

The East Village deli workers are just trying to protect themselves from a barrage of harassment and assault that's gone on for months.

The abuse includes getting whacked with umbrellas and sticks to having trash cans thrown at them to getting punched by a group of teens, repeatedly.

For four months, several times a month, it's been happening, and they never know when the assailants come back.

"I call police many, many times," said Akshay Patel, an employee at the deli.

The workers are also dealing with over a dozen shoplifting incidents.

And they say they are tired of the constant threats.

"'We'll kill you anytime,'" the manager recalled the assailants saying. "'I know what time you come in, what time you finish work.'"

On Tuesday, Mayor Eric Adams made a surprise visit to the deli on a walking tour of the neighborhood after rolling back vaccine and mask mandates.

He had heard about their struggle with the rowdy teens.

"We're gonna make sure any calls you receive for harassment, we are not going to tolerate that," Adams said. "I just wanted to walk over, I read your story, it broke my heart. You are the symbols of who we are as a country. Our diversity is our strength."

An NYPD spokesperson said Youth Coordination Officers will be assigned to review the complaints and visit the location.

These officers regularly consult with School Safety and the Detective Squad regarding incidents like this one.

Now for the first time in months, workers say they feel like they are being heard.

A 15-year-old was arrested and charged with assault in connection to one of the attacks. Police are still searching for a second suspect.