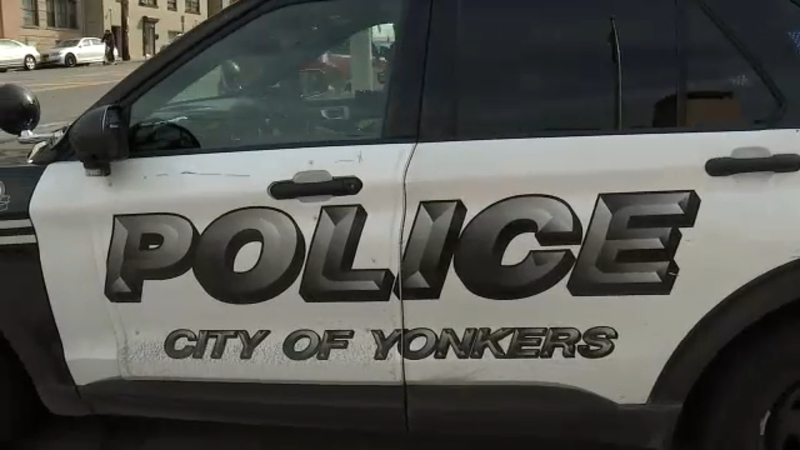 YONKERS, Westchester County (WABC) -- A veteran detective continues his recovery after being shot during a confrontation with a suspect in a Yonkers bodega earlier this week, but many people are wondering why Detective Brian Menton was on an anti-gun assignment just a week before his planned retirement.

But officials say shootings in Yonkers are uncommon, and in fact, there's been just three so far this year and 21 in all of 2021.

Yonkers is now the third largest city in New York, surging ahead of Rochester, and police give credit to the Safe Streets Task Force -- of which Menton was a part.

He was critically injured during an illegal gun investigation in a neighborhood hot spot, an area where last year there were shootings, including one that injured a 6-year-old boy.

Still, crime in Yonkers is down 45% over the last 10 years, and Mayor Mike Spano credits a shift in department policy so that officers actively engage with the community.

"In Yonkers, this size, where it's big but yet small enough where you can reach out and touch all sides, it's had a real effect," he said.

Spano took office at time when the Justice Department was investigating the Yonkers Police Department for systemic use of excessive force.

In 2016, the city agreed to implement 150 changes recommended by the DOJ.

"There is no way that we could've changed and transformed the way we did without having an outside entity like the Department of Justice assist us on that," Police Commissioner John Mueller said.

Mueller took over in 2019 and implemented precision policing.

"You're focusing on the people that are the most violent and the most prolific," he said. "In every crime category, there's a small group. If you know who they are, and you focus on them, everyone else can be left alone."

The Rev. Jim Bostic is a longtime community leader who says the department has undergone a complete metamorphosis.

"The police abuse was rampant in the city of Yonkers," he said. "The city has made a very concerted effort to become a more community friendly police department."

Mueller said the community focused approach has many benefits.

"The vast majority of the time, it's just simply solving people's problems," he said. "We have many more opportunities to make friends than we do to make enemies, and we have to really, really leverage that."

Mueller says improving community relations has been his greatest achievement, and upholding that standard will be the challenge for the next top cop as the commissioner is retiring next week.