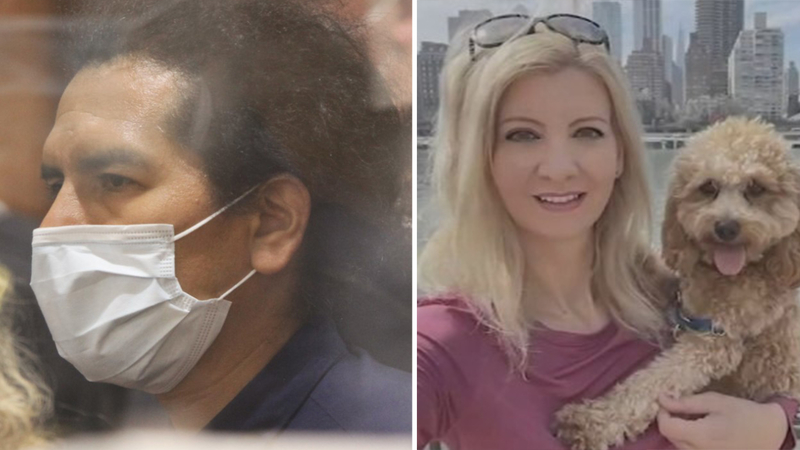 FOREST HILLS, Queens (WABC) -- Police arrested a suspect in the gruesome murder of a mother of two who was stabbed nearly 60 times and whose body was found in a duffel bag in Queens.

David Bonola, 44, was arraigned Thursday night on charges of second-degree murder, criminal tampering and possession of a weapon.

Bonola and Orsolya Gaal had an off-and-on "intimate affair" for two years before he stabbed her to death, stuffed her body in a duffel bag and dragged it to a location beneath the Jackie Robinson Parkway, "leaving a bloody trail through the streets of Forest Hills," the NYPD said Thursday.

The 44-year-old is of Mexican origin who arrived in the United States 21 years ago and was described as a handyman who had performed work at Gaal's house beginning two years ago.

At 12:20 a.m. Saturday, Gaal returned to her Forest Hills home after a night out at Lincoln Center and a stop at a local bar. About 10 minutes later, police said Bonola showed up to speak to her about their relationship.

There were no signs of forced entry, and police say he was either let in or used a key hidden inside a barbecue.

At some point, Bonola and Gaal began arguing, and he pulled a knife and stabbed her "ruthlessly and brutally" in excess of 55 times, Chief of Detectives James Essig said. 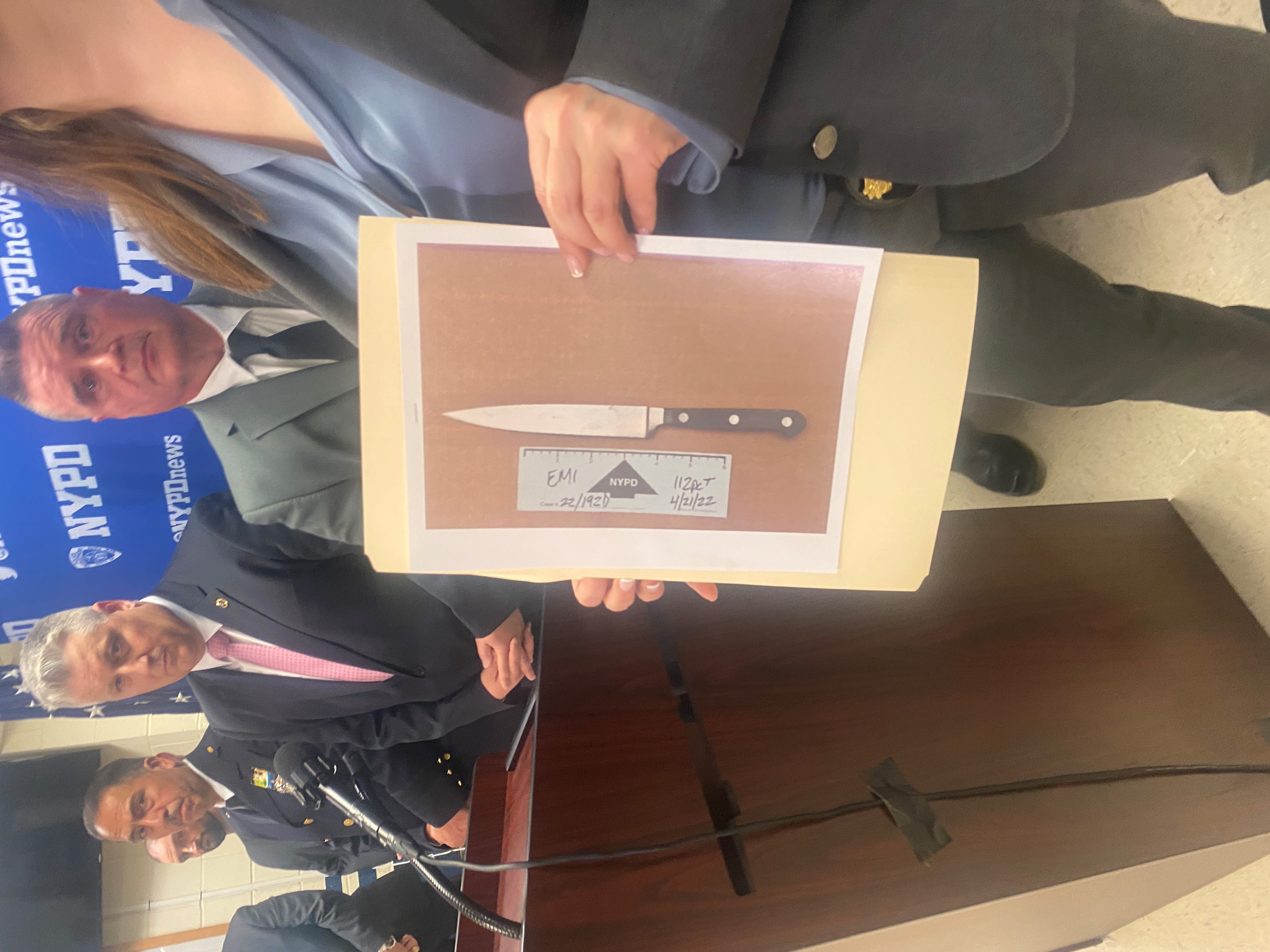 "We believe that the relationship that Mr. Bonola had with our victim was an intimate type relationship, and this is stemmed to be a domestic type of dispute that they were having over their intimate relationship," NYPD Queens North Homicide Lt. Timothy Thompson said. "They started to get into just regular domestic issues that seem to occur between them."

Authorities said Bonola was seen on video rolling the duffel bag that contained Gaal's body, believed to be her son's hockey bag, leaving what Essig described as" a bloody trail through the streets of Forest Hills."

David Bonola, 44, has been arrested in the gruesome murder of Orsolya Gaal, a mother of two whose body was found in a duffel bag in Queens. Chantee Lans has the latest details.

A surveillance image said to be crucial to the case is purported to show Bonola dragging the bag just before daybreak. 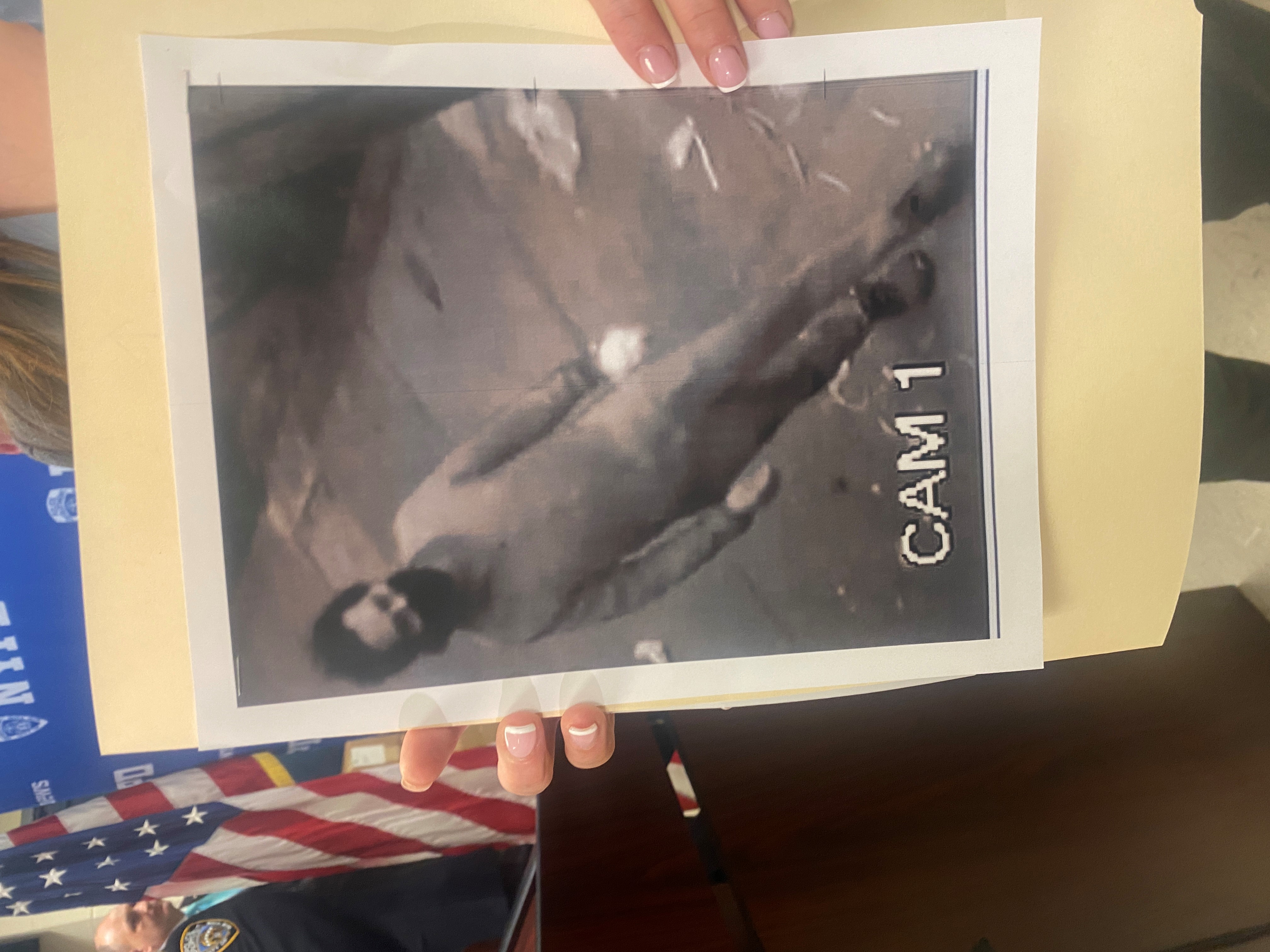 According to officials, after disposing of the body, Bonola fled through the park, where investigators discovered his jacket.

They also said bloody bandages were found during the investigation and that Bonola had received treatment for wounds to both hands at a local hospital.

On Wednesday night, as detectives were canvassing for video, Bonola approached officers and voluntarily agreed to go to the 112 Precinct.

"He made incriminating statements," Essig said. "We're not going to go into what he talked about.
EMBED More News Videos

Police walked David Bonola from the precinct after his arrest in the murder of a Queens mother.

After the murder, police believe Bonola sent a text message to Gaal's husband from her phone that referenced a previous crime and indicated the rest of the family was in danger.

Police, however, said there was no past crime and no danger to Gaal's husband and two children, the younger of which was upstairs in the home, unaware his mother was being killed in the basement.

Bonola, who arrived in the United States 21 years ago from Mexico, has no known criminal history.

Eyewitness News has learned Bonola is on suicide watch.