Live action 'Lady and the Tramp' to debut on Disney+ 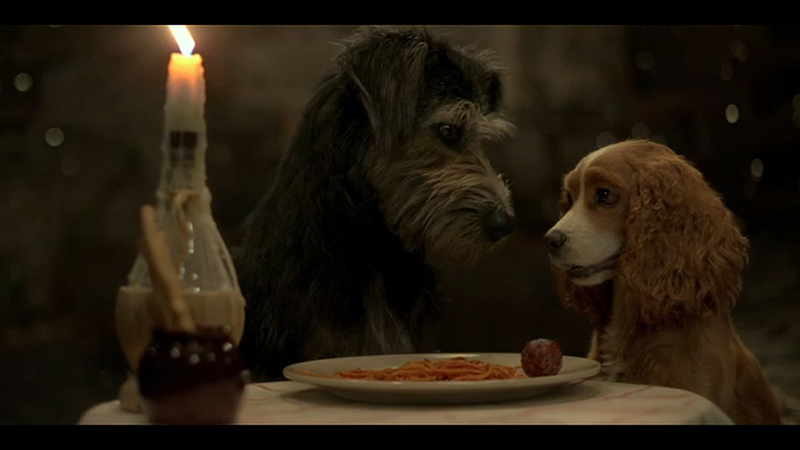 The original story of "Lady and the Tramp" has endured for more than 60 years, ever since the 1955 animated film that made eating a plate of spaghetti an act of love.

Now, a new live action version for the Disney+ streaming service features the voices of Justin Theroux as The Tramp and Tessa Thompson as Lady. We met them in Lower Manhattan along with their canine co-stars.

"This is Rosie, or Rose, and she plays Lady," Thompson said. "And she is such a lady. Look at her. She's been sitting all day through the press."

The filmmakers worked with North Shore Animal League in Port Washington on Long Island to cast the movie with rescue dogs.

"This is Monty, who plays 'The Tramp,' and he's been a tramp all day," Theroux said. "He's been just running off and getting off the couch, and he's not supposed to. He's not here for your rules. He's a rule breaker."

Both stars have rescued dogs of their own, part of a philosophy to, "paw it forward," as Justin punned.

"This guy was homeless," Theroux said of Monty. "Someone abandoned this dog somewhere down the line, and someone found him."

But paw it forward or pay it forward, the result sure is entertaining.

"And other dogs might get adopted, so that's a win-win," Theroux said.

The only way to see the movie is to sign-up for Disney+, the new streaming service that debuts next week.

"I wasn't particularly like, 'Oh, it's gotta be on a movie screen' or 'it's not a real movie,' or any of that kind of thing," Theroux said. "Sometimes, particularly in television, the quality can skyrocket when it's being delivered via streaming."

Disney+ will be home to the best of the Studio, plus Pixar, Marvel, Star Wars, and National Geographic.

"Streaming is really a sort of new frontier, so it's exciting to be sort of an early settler in that sense," Thompson said.

These two pioneers have plenty of company, as a new series called "The Mandalorian" is set in the Star Wars Universe five years after events shown in "The Return of the Jedi."

All of the "Star Wars" films will be available on the new service, along with everything from "Iron Man" to "Mary Poppins."