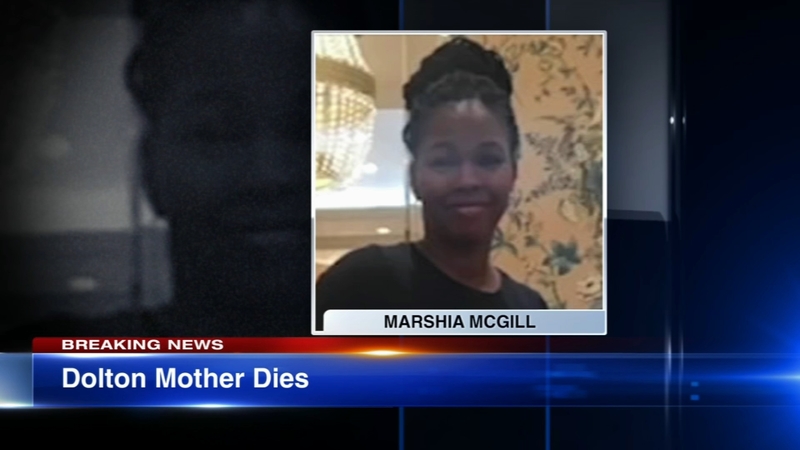 CHICAGO, Illinois -- The woman who was struck by crossfire and critically injured Wednesday night in Illinois while driving a minivan with her children inside has died, the Cook County medical examiner confirmed Friday.

Police said 40-year-old Marshia McGill was shot at least once in the head, struck by crossfire while driving home.

Her husband, Leneaus Bowman, released a statement on her death saying, "As a family, words could never express how hurt we are that our beloved wife, mother, sister, aunt and friend is gone. We would like to thank the residents of Cook County for their outpouring of support, well wishes, and prayers. In as much as this is a public tragedy, we asked that our family be allowed the privacy to mourn in peace."

McGill was a daycare instructor and married for 11 years. She had four daughters, aged 1, 4, 8 and 9, her husband said.

McGill was inside her maroon minivan Wednesday evening driving home with the children on Sibley Boulevard in Dolton when the gunfire erupted between two groups.

"I was saddened, I was hurt," said Bowman. "I was frightened. I don't want to lose my wife."

Bowman said it unfolded in front of their youngest daughters, ages 1, 4, 8 and 9.

"After the gunshot, everything moved pretty fast, children turned into...one of my daughters or both of them had to get the other kids out of the car, so I had little people thinking like grown people real quick," he said.

The children were shaken, but uninjured and are now dealing with the emotional scars of what they saw.

"I would hope that someone, they have somebody to talk to them to urge them to do the right thing and turn themselves in," Bowman said. "I think about the shootings that have been happening. There's a lot of angry people out here and I don't know why."

A police investigation into the shooting is ongoing. No one is in custody.