'It's much easier to get the vaccine': Man declines COVID-19 shot, needs double lung transplant 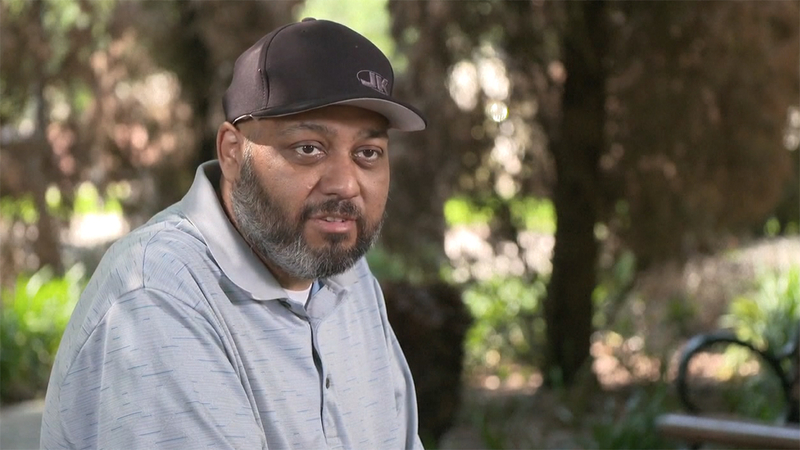 HOUSTON -- Joshua Garza had a chance to get vaccinated against COVID-19 in January but he passed it up, thinking he didn't really need it.

Now, the 43-year-old Texan is hoping to inspire others to get the shot after he became so ill following his COVID-19 diagnosis that he needed a rare double lung transplant to survive.

After testing positive for COVID-19 in late January, Garza's health deteriorated rapidly. On Feb. 2, when he ended up falling while trying to walk, his wife called for an ambulance to take him to the hospital. He was ultimately transferred to Houston Methodist, where he was put on an extracorporeal membrane oxygenation (ECMO) machine to pump and oxygenate his blood for him.

"It was quick, it was within three weeks, the lungs were already shot," said Garza, who works in the oil and gas industry.

"They're telling you your lungs are failing, so you don't know if you're going to go to bed tonight and wake up tomorrow," he said.

Garza was put on the lung transplant list, and on April 13, successfully underwent surgery. He spent several more weeks recovering and rehabilitating to regain his strength after two months on life support before being released from the hospital on May 27.

Lung transplants are a rare intervention for COVID-19 patients "with no other options," Dr. Howard Huang, the medical director of lung transplantation at Houston Methodist and one of the doctors who treated Garza, told ABC News.

"Mr. Garza is an extreme example of somebody who had complete lung failure, and there was really no other way out in the immediate future other than transplant," he said.

It was "almost miraculous" that Garza was able to be put on the ECMO machine during the winter surge of COVID-19 hospitalizations and matched with a donor, Huang said. "Everything just lined up in his favor."

"These people are still fighting for their lives," he said.

Houston Methodist continues to see patients with severe illness from COVID-19, many of whom have not been vaccinated, Huang said. It's difficult to say for sure, but Huang believes that had Garza gotten the vaccine when he was able to, "it's likely that we would have never gotten to this point."

"The data that's now coming out suggests that the vaccines are very good at preventing severe illness," he said. "Even if he had ended up in a hospital, maybe it wouldn't have progressed all the way to complete lung failure that couldn't be salvaged without a lung transplant."

Over 44% of the U.S. population is fully vaccinated, and over 52% have received at least one dose, according to data from the Centers for Disease Control and Prevention.

Most coronavirus hospitalizations occur in adults, though COVID-19 poses a severe risk to unvaccinated teens, a recent U.S. Centers for Disease Control and Prevention report found. Nearly a third of teens ages 12-17 hospitalized with COVID-19 ended up in the intensive care unit, the study found.

MORE: Harris kicks off tour of Southern states to boost vaccination rates
Health officials are urging young Americans to get vaccinated, particularly given the potential threat of the more contagious Delta variant.

"It's much easier to get the vaccine than to go through something like this," Huang said of Garza's case. "He's extremely lucky. Most people in this situation don't make it to the transplant. You can't count on this outcome."

For Garza, he's sharing his story in hopes of helping prevent others from experiencing what we went through.

"If I knew what I know now," he said, "I would have definitely went through with the vaccination."