Meet the first woman to become PVAMU's Dean of Engineering: 'Quitting was never an option' 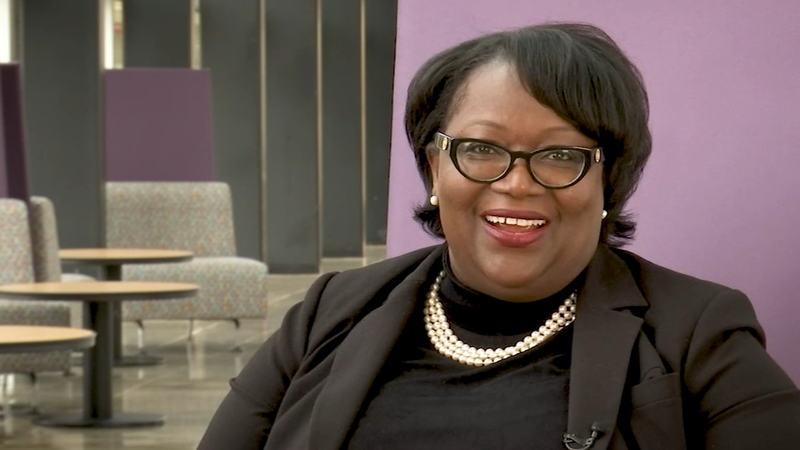 Meet the trailblazing dean of engineering at Prairie View A&M

PRAIRIE VIEW, Texas -- Dr. Pamela Holland Obiomon remembers watching her older brother studying and solving problems for his college engineering classes when she was a kid. She asked him to teach her how to use the slide rule and program the calculator. Ever since then, she says she knew she wanted to be an engineer when she grew up.

"I just felt like I really belonged in the engineering field," she said.

Engineering isn't just a passion of hers - it's a family affair. She remembers how innovative they had to be, growing up on a farm in a small town outside of Chapel Hill.

"We grew all foods. We built our own home. Whenever there were times when things needed to be fixed, we learned to fix things and troubleshoot. We had to be very creative just to survive. It was a basis of the critical-thinking skills that engineers need to be successful."

Her father started as a sharecropper and later became a carpenter. She said he then worked as a foreman for the construction company that built the roof on the Astrodome. Out of her family of ten, six of them majored in engineering -- including herself. Despite the inspiration and support around her, she still faced challenges as a woman of color in a male-dominated field.

"There are times when I've gone to conferences, and people would think that maybe I was the person serving," Obiomon recalled. "But I didn't let that bother me. Being raised in a large household, it was very competitive. I was used to competing with boys. Quitting was never an option for me."

She earned a Bachelor's degree in electrical engineering at the University of Texas, a Master's degree at Prairie View A&M University (PVAMU), and a Ph.D. in engineering from Texas A&M University. Now, she serves as the Roy G. Perry College of Engineering dean at PVAMU. She's also the first woman ever to hold that position.

She believes her accomplishments wouldn't have been possible without Title IX. June will mark 50 years since the inception of this monumental piece of civil rights legislation.

"I really believe that I am able to sit in this position because of Title IX. It opened the doors of opportunity for many women to gain the skills and experience they need to be successful as leaders," she said. "Two years prior to that law being passed, only 1% of the engineers in college were women and now today, about 25% of engineers are women."

However, despite the progress that's been made, she said there is still more work to do to achieve gender equality. She said young girls typically decide by the third grade whether or not they like math. She'd like to see more efforts from education institutions for recruitment, retainment, and mentorship.

"Of all the women who have graduated in engineering, only about 40% lead the field. A large number of women of color have left the field after five years. According to the World Economic Forum, women are about 135 years behind men when it comes to parity in terms of salary."

Obiomon hopes her story and visibility will inspire women to not give up when the odds are against them.

"They can look at women in leadership roles and say, 'You know, I can do this,' or they can see someone similar to them, which gives them hope," she said.

Click here to read more stories from our Fifty/50 series

The Walt Disney Company is the parent company of ESPN, Localish and this station.