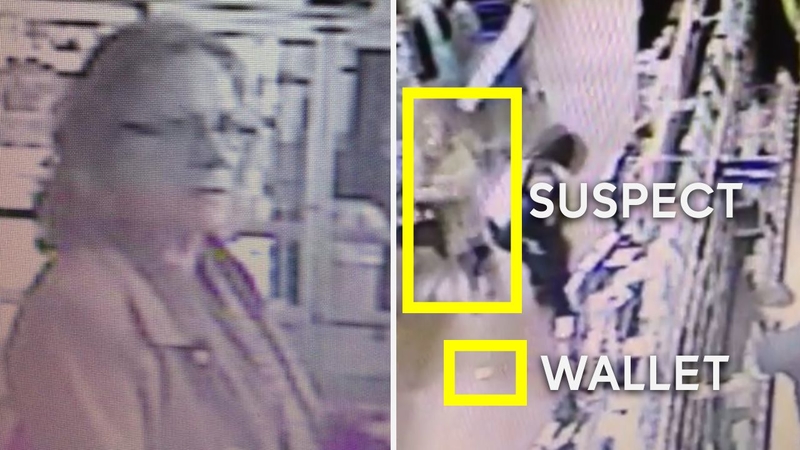 RIVERDALE, New Jersey (WABC) -- Police in New Jersey are searching for a woman they said did the wrong thing when she picked up a wallet dropped on the ground at a Walmart store.

Riverdale police said a 15-year-old girl dropped her wallet in the store Sunday while shopping for a Christmas gift her grandmother, who had just lost her husband of 69 years three weeks ago. In her wallet was $125 cash she collected from her own birthday last week.

Surveillance video shows another shopper - a woman - walk by the girl and kick the wallet away while the teen is shopping, police said.

The woman is then seen picking up the wallet and leaving. Police said she didn't turn it over to Walmart staff or to law enforcement officials.

After learning about the incident, Walmart donated a gift card to the girl so she could get a present - but the girl decided to instead donate the gift card to charity.

Riverdale police have released other surveillance photos of the woman.

They want to talk with her about the incident. Anyone with information is asked to contact detectives at 973-835-0034.
Related topics:
pompton lakesnew jersey newswalmartshopping
Copyright © 2022 WABC-TV. All Rights Reserved.
TOP STORIES
NYPD increases officers, security ahead of NYC 4th of July fireworks
2 Long Island beaches expected to reopen after lifeguard bit by shark
Child found dead in Wallkill pool, adult in critical condition nearby
AccuWeather: Sunny and warm for your 4th of July
Macy's 4th of July Fireworks 2022: Everything to know
Where to watch 2022 Fourth of July fireworks
3 shot in Queens, including off-duty correction officer, police say
Show More
Bicyclist killed in hit and run; driver fled in another car with baby
2 dead, 2 seriously injured in Freehold crash
2 friends shot in cab on the way home from concert
Motive likely not terror-related in Copenhagen mall shooting
Jayland Walker was unarmed when 8 Ohio officers opened fire on him
More TOP STORIES News