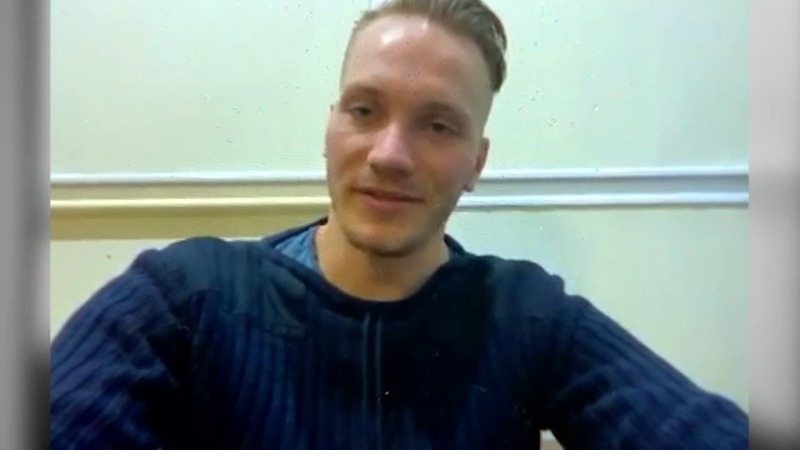 Long Island chef helps on the front lines of Ukraine

EAST HAMPTON, Long Island (WABC) -- He's not a soldier, nor is he Ukrainian, but one chef from East Hampton is doing his part to help out on the front lines of the war in Ukraine.

Kristofer Kalas, owner of coffee shop and restaurant Hello Oma, has been helping with humanitarian efforts, including transporting food, supplies and people around the country and administering first aid to victims.

He is working around the clock with a small group of volunteers, many of whom are in the military or are ex-military, he said.

"We have so much that we can do and each day is not enough so we just, we just try to focus one day at a time and keep things moving," Kalas told Eyewitness News reporter Kristin Thorne in a Zoom interview from Ukraine.

Kalas's wife is from Ukraine and the two had been splitting their time between East Hampton and Ukraine throughout the past five years.

Kalas moved his wife and 6-month-old daughter to Portugal shortly after the war broke out. He returned to the front lines.

"My focus is making sure that there's still a Ukraine for my daughter to grow up in," he said.

Kalas said he still has many family members and friends in Ukraine.

Kalas would not identify where he is in the war-ravaged country, but said he is close to the capital Kyiv. He said he often hears gunfire, bombs and fighter jets. The truck he drives was recently attacked.
"You don't have time to be scared," he said.

Kalas said one cannot prepare himself for the level of destruction he has witnessed. He compared it to the destruction during World War II.

"We've been in cities reduced to nothing," he said.

Kalas said he does not know what will become of his restaurant in East Hampton, which is closed while he is in Ukraine.

He said his only priority right now is helping the Ukrainian people, who he called heroes.

"I've seen 19, 20-year-old girls, you know, firing 50-caliber machine guns who should be out having parties with their friends and going to university," he said.