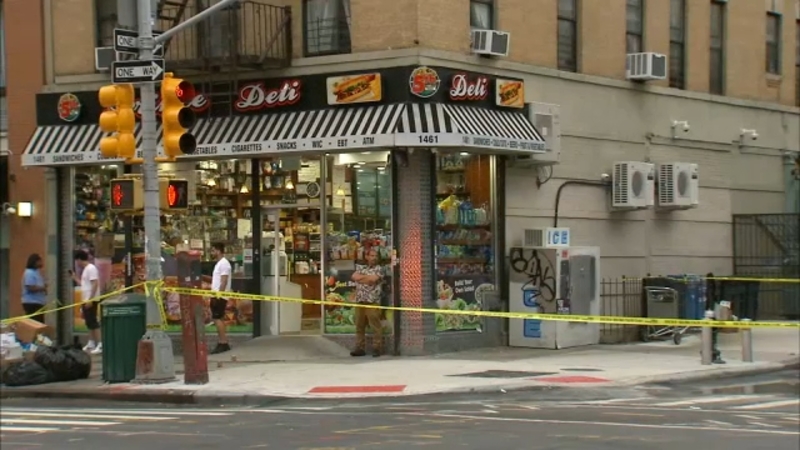 EAST HARLEM, New York (WABC) -- An investigation is underway after an innocent bystander was shot in front of a deli in Upper Manhattan Monday.

Police say a 59-year-old man was shot in front on Fifth Avenue in front of the Prince Deli and Grocery in East Harlem just after 6 p.m.

They say the victim was shot one time in the torso by a group of unidentified men who were arguing in front of the deli.

According to officials, one of the suspects involved in the argument displayed a gun and fired two rounds.

He unintentionally shot the 59-year-old victim, who was taken to a nearby hospital.

RELATED | 'Where is the outrage?' Shea asks in response to teen gang deaths in NYC
EMBED More News Videos

Police say they've got a gang war on their hands that's taken the lives of three teenagers in less than a week.

He is expected to survive.

No arrests have been made so far and the investigation is ongoing.