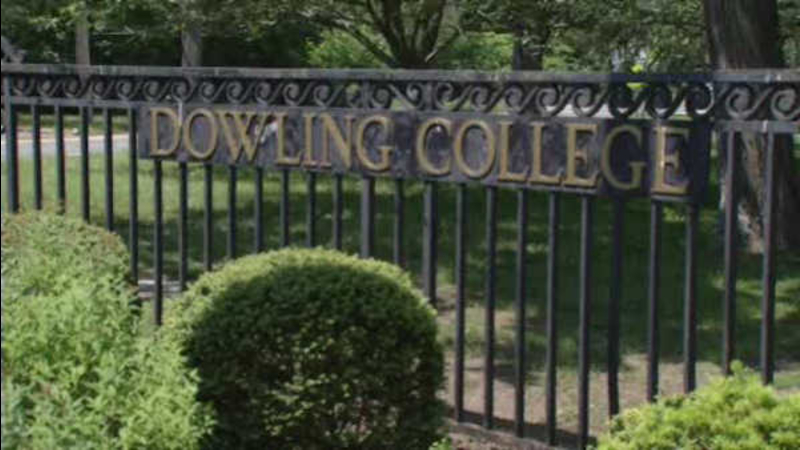 OAKDALE, Long Island (WABC) -- A struggling Long Island college will be able to keep its doors open for now, thanks to a new source of financial support.

"For the name and the sake and the reputation of the school I hope they stay open. I did like it when I was coming here," said Danny Alberto, a former student.

London-based Global University Systems agreed Wednesday to infuse the 48-year-old institution with another round of funds.

"The parties Global University Systems and another entity that we brought forth who could be a potential financial partner want to bring some new educational programs to the college and enhance the college and expand where it has been over the last few years," said Frank Corso, Jr., Dowling College Alumni Association.

Corso is leading the charge to keep the school from closing, and he's pulling out all of the stops.

"We will be meeting today with a family who has two children who are attending college now that are going to pledge a significant amount of money to support our efforts to keep the college open," Corso said.

Last week the school announced it would be closing suddenly due to major financial issues, leaving some 2,500 students scrambling to get transcripts and figure out what they're going to do next.

Corso says he's optimistic Dowling will not shut its doors.

"I believe that we will have a positive outcome," Corso said.

Officials aren't saying how much money Global University Systems provided or how long the money will allow the college to remain open.