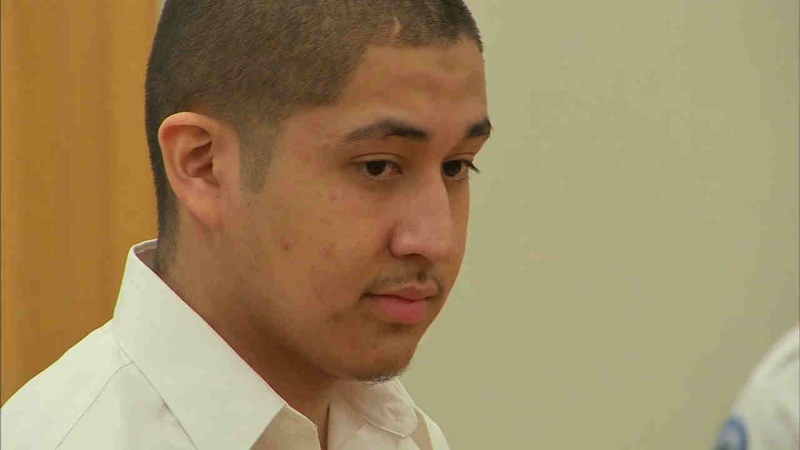 GREENBURGH, New York (WABC) -- A man who pleaded guilty to driving the wrong way on the Sprain Brook Parkway in Greenburgh and causing an accident that killed an NYPD detective was sentenced Wednesday.

Efren Moreano, of Yonkers, received a minimum of four years and a maximum of 12 years.

The crash happened around 3:45 a.m. in February of 2015, when Moreano drove a Honda Civic sedan northbound onto the southbound Jackson Avenue exit of the Sprain Brooky. He entered the parkway going in the wrong direction and crashed head on with 46-year-old Detective Paul Duncan, of Hartsdale.

Duncan was driving his Honda Pilot SUV on his way to work at a police precinct in Queens, and he was killed instantly.

"This was truly the most tragic thing that ever happened to myself and to you guys," Moreano said to the Duncan family in court. "And I'm really sorry."

Moreano tried to express his sorrow, even saying he wishes it had been him who had died instead of Duncan.

"I don't necessarily think about Moreano, but I do think about who my husband was, and I think about the the life that we had, and the friends and the relationships and the family, and my daughter," widow Rechelle Duncan said. "My daughter has no father, and there will never, ever be a replacement."

Moreano sustained serious injuries to his right arm and leg and needed to be extricated from his vehicle.

Toxicology results showed he had a blood alcohol level of .16 and marijuana in his system at the time of the collision. He was also traveling about 100 miles per hour, officials said.

He faced a maximum term 15 years.