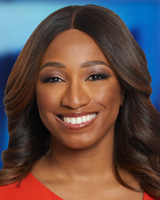 Elizabeth residents left homeless after the remnants of Hurricane Ida are holding a rally Thursday to demand public housing.

ELIZABETH, New Jersey (WABC) -- Residents of a New Jersey apartment complex left uninhabitable by the historic flooding caused by the remnants of Hurricane Ida are holding a rally Thursday to demand public housing.

Four people died when the Oakwood Plaza and Apartments in Elizabeth was inundated with eight feet of water, and dozens have been homeless since the storm.

They're outraged that the city hasn't done more to help them.

Simmons is the president of the newly formed Oakwood Plaza Tenants Rights Organization, and she's calling for more action.

"We're basically demanding that the secretary of HUD, Marcia Fudge, come down and actually really speak to the HUD residents," she said.

The displaced residents were given options for places to stay, but they say those options were unrealistic and unacceptable.

"It's sickening, because I have a son that has a disability, and everything is tied to Elizabeth," resident Tuesday Williams said. "And I don't want to move far. "

Cerise Simmon, a mother of three, had an apartment there.

"I'm living outside in my car," she said. "My kids had to go to Roselle to say with their grandmother."

Simmon says she can't stay with her mother because of Section 8 rules, that she'd been given one option, to move two hours away to Atlantic City which would have meant taking her son out of his special needs classes in Elizabeth's school system.

She says that would have been traumatizing to him.

"All they had to do was call Elizabeth Section 8 and give everybody that was here Section 8," she said. "But they pick and choose who they want to give Section 8 vouchers to. What made me any different where I couldn't get Section 8, so I could put my kids where it would be beneficial for me and my kids."

The property is owned by CIS, and HUD subsidizes units.

"HUD is working closely with CIS and the City of Elizabeth to ensure all residents have a home until Oakwood Plaza units are repaired," HUD said in a statement. "HUD continues to provide rental assistance. HUD will also ensure that all residents have a unit that is decent, safe, sanitary, and in good repair."

Residents plan on staying in contact through their new organization to figure out the next steps.