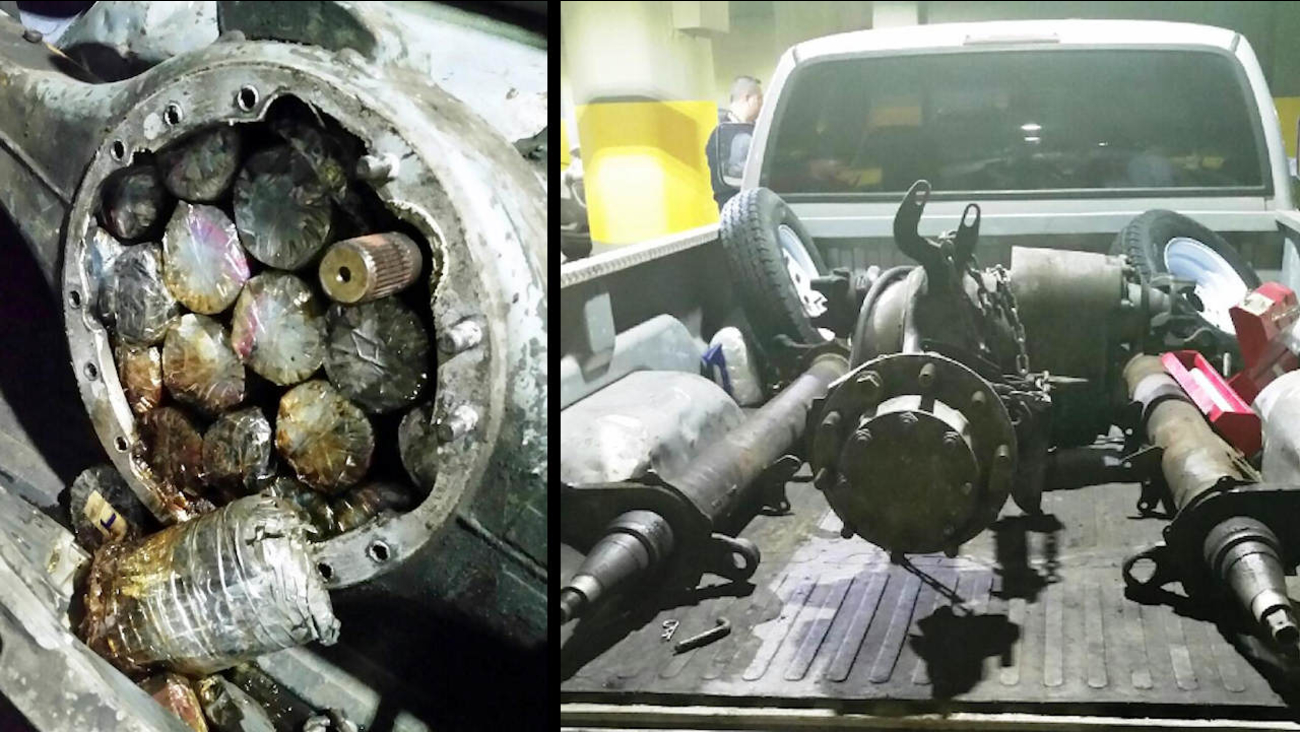 It was part of an ongoing investigation into heroin distribution organizations operating in the Northeast region of the United States.

At around 8:00 p.m., agents and officers spotted a blue pick-up truck and a silver pick-up truck towing a hitch trailer and driving in tandem.

Both vehicles had North Carolina license plates and were driving slowly. One vehicle was unregistered and both circled blocks several times.

At 8:45 p.m., agents and officers approached the vehicles and identified themselves.

A trained search dog alerted to the presence of controlled substances in one of the pick-up trucks and the two drivers, Peter Omar Garcia-Romero and Jose Guadencio Lantan-Vela were taken into custody. Both are natives of Guatemala.

The vehicles were taken to DEA's Manhattan headquarters where a New York State Search Warrant was executed on both vehicles.

Heroin was found concealed within a car axle casing that was in the bed of the silver pick-up truck. The axle was dissembled in three parts; and the heroin was found in the axle and the drive shaft casings.

The DEA estimated that the black market value of the drugs is at least $14 million.

Both suspects face charges of conspiracy and criminal possession of a controlled substance.