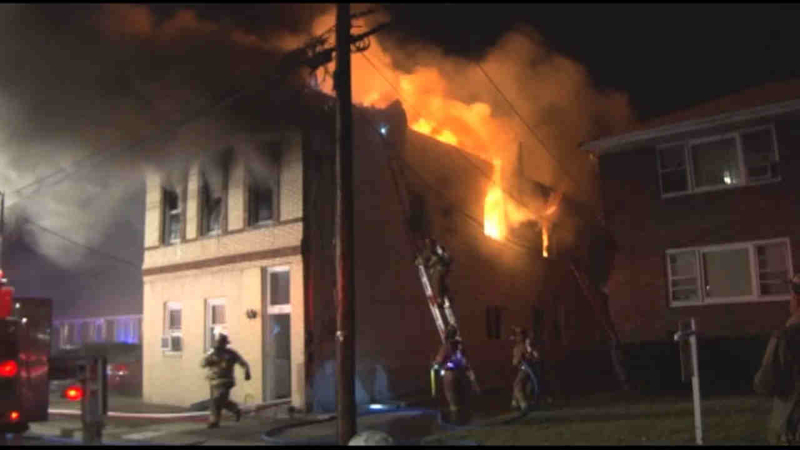 Woman believed to be mother of 2 killed in NJ fire

The blaze broke out inside the house on Miller Avenue just after 11:30 p.m.

Responding officers discovered the house fully engulfed in flames, and thick heavy smoke emanating from the building. They attempted to force entry into the residence, but they were held back by the intense heat and smoke. The roof of the home caved in, forcing firefighters to battle the blaze from outside.

The fire was placed under control in about a half hour, and during the course of fighting the fire, the body of an individual was found in a second-floor bedroom adjacent to the kitchen. The victim, who was deceased and not been positively identified, was located on the floor next to the bed.

The building owner, a 90-year-old woman who lives on the first floor, was located at a neighbor's house. She reported being awoken by the sound of smoke alarms, and after observing heavy smoke in the common hallway, she immediately evacuated herself for her safety.

Valeriya Vezhdel, a 36-year-old mother of two who lived in one of the apartments, died in the fire, officials said. Neighbors say her parents had picked up the children earlier in the day.

The cause of the fire remains under investigation, but officials say preliminary evidence points towards the origin being possibly in the kitchen and possibly due to an electrical appliance.