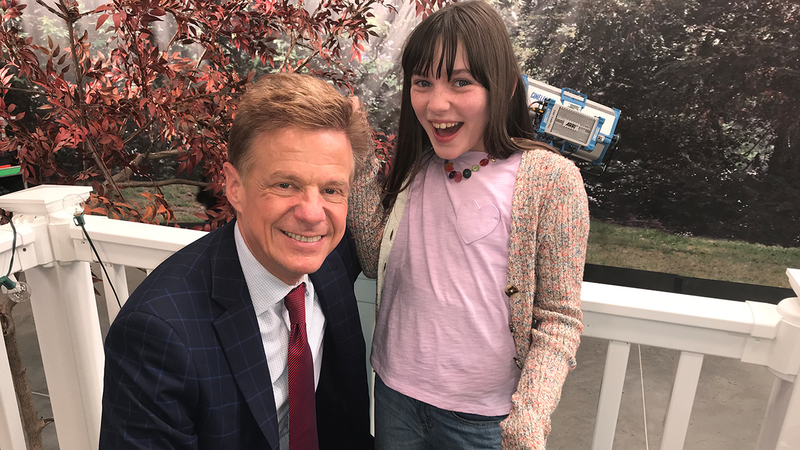 SECAUCUS, New Jersey (WABC) -- The new ABC Show "Emergence" is set in a real town on Long Island, but the drama is made in New Jersey to take advantage of tax incentives the state offers to movie and TV producers.

Allison Tolman, best known for her work on FX's "Fargo," heads a great cast that includes a young performer from Bergen County.

I took a trip to the set of the series in Secaucus.

The new supernatural thriller has a little girl at its heart -- Piper is the only survivor of a plane crash, and we're just beginning to learn more about her.

"Sometimes I have these little dreams," she says in the show. "But I'm not asleep."

We still don't know exactly who she is, but young actress Alexa Swinton is excited at the slow reveal.

"I think that's pretty much the coolest part," the 10-year-old said. "She is a mystery."

Tolman stars as the police chief who takes Piper home while she tries to determine the child's identity.

"There is this sense of how much does Piper know about who she is, or where she comes from?" Tolman said. "This is pretty serious heavy lifting for a young actor to have to do, and Alexa is so good at being able to play these levels. Better, I think, than a lot of fully grown actors are or would be."

Off-camera, Swinton could be just another Jersey girl. She lives a half hour's drive from the set of "Emergence," but on camera, she is all business and able to convey so much with just a gesture or an expression.

The critic in me says "Emergence" would not work nearly as well without Swinton's considerable gifts.

"She's smart, she's talented, she's a great scene partner," Tolman said. "And it's amazing to find all those things in such a tiny package."