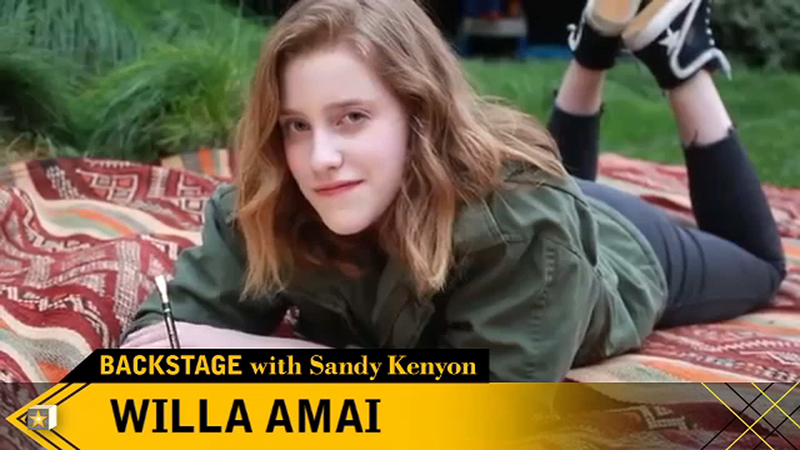 Amai appeared seemingly out of nowhere to perform on national TV this year, but the teenager from Los Angeles has been honing her craft for almost a decade. And with the help of songwriter/producer Linda Perry, Amai has just finished recording her debut album.

"Linda Perry is my sort of mentor and producer," Amai said. "I played her like a third of a song, and she told me to come back to her studio in three months with four or five songs."

Perry expected Amai to come back prepared, but even she was shocked by the results.

"Two months later she calls. She had six songs. She came over here, played me all six and made me weepy," she said. "And I said, 'OK, this is what we're going to do. You're going to come back in, and we're going to record those six songs.' So she shows back up with you know how many? Twelve."

Amai says writing songs helps her understand the challenges she faces and cope with her anxiety. And she's hopeful for the future.

"We just finished my album, and that will be coming probably early next year," she said. "It was amazing seeing what these songs turned into, and I'm so excited for everyone to hear them."