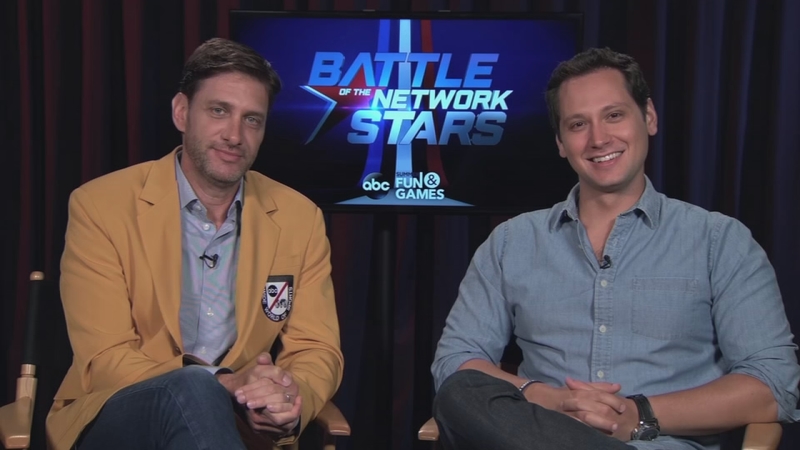 NEW YORK -- This week's episode of "Battle of the Network Stars" features "White House vs. Lawyers."

ESPN's Mike Greenberg serves as one of the hosts, alongside Joe Tessitore, and calls it an honor to follow in the footsteps of Howard Cosell.

"To have the opportunity to wear this jacket as he did and try to fill those shoes, as no one ever appropriately could, and do the best I can has been delightful," Greenberg said.

The show is a throwback to the popular series that ran for 13 years back in the 70's and 80's.

One of this week's competitors is TV lawyer Matt McGorry who stars on ABC's "How to Get Away with Murder."

Normally tackling a much more serious storyline, the star said he was nervous to be a part of on an unscripted sports competition show.

"It was really fun and it felt like it was an opportunity to kind of try it in a definitely, in some ways a more high stakes environment, but also a lower stakes environment as I didn't think that my social fitting in depended on how I did on this show," McGorry said.

The stars aren't flying solo in this endeavor, they have Super Bowl 50 winner DeMarcus Ware and MMA fighter/Olympian Ronda Rousey as their team captains and coaches.

In an ode to ABC's "Wide World of Sports," 100 TV stars from 14 different network and cable companies will take their athleticism to a new level as they compete - to feel "the thrill of victory and the agony of defeat."