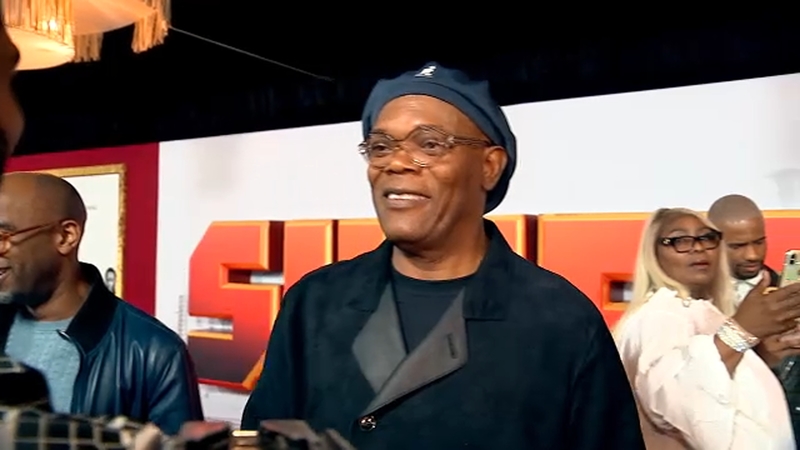 UPPER WEST SIDE, Manhattan (WABC) -- Three generations of "Shaft" stood together at the premiere of the latest movie to feature the detective -- who still endures half a century after he first inspired moviegoers.

The guy who played John Shaft originally, Richard Roundtree, said his iconic character was a "very strong black man who plays by his own rules."

Roundtree was a stage actor from New Rochelle scrambling to make rent when he got his big break.

At the premiere, the star said he could hardly believe his good fortune.

"And I don't have to drive a cab anymore? It was all gravy and to see how it has lasted," he said. "It's crazy, and I am enjoying this ride."

In the new movie, his character is the uncle of Samuel L. Jackson's, who is the father of J.J. Shaft played by Jessie T. Usher.

The mission was to avoid being intimidated -- especially when they all shared a scene.

That scene was shot in Manhattan -- and "Shaft" is a story rooted in our city -- but much of this movie was made in Atlanta to save money.

Jackson insists you aren't going to notice that.

"When we needed to be on the streets and feeling the energy of New York, that's where we were," he said. "So we made it work."

"Shaft" opens in theaters on Friday.