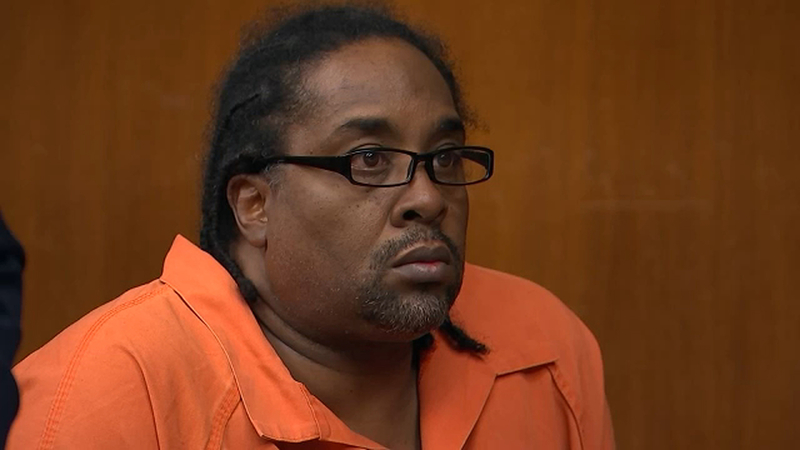 HACKENSACK, New Jersey (WABC) -- One of hip-hop's pioneers has been released from jail in New Jersey after spending two weeks behind bars on a 17-year-old warrant.

Eric B., whose real name is Eric Barrier, was arrested last month on a warrant stemming from an incident in 2001.

The rapper turned actor was part of the legendary duo Eric B. & Rakim.

He came to court Tuesday wearing a prison jump suit but left the Bergen County Jail in street clothes after paying an old fine of over $5,000.

Eric B. hit the rap scene in the late 1980s with songs that are considered classics in the hip-hop world.

But in 2001, he was driving a brand new Range Rover through Ridgefield Park when he was stopped by police for not having the proper license plate.

From there, the situation escalated into driving on a sidewalk, a police crash, and an officer being injured.

At the conclusion of the case in 2002, Barrier was told to pay the $5,000 fine. But he said his lawyer back then told him he didn't have to appear in court because he was being put in a special program called pre-trial intervention.

But Barrier's failure to show led to a bench warrant that did not resurface until he was returning from Canada recently.

He tried to resolve the issue through a lawyer but was then put in jail on Oct. 28 on the old bench warrant.

His current lawyer was successful in geting him out, but he has to return to court.

"He's looking forward to a career in acting and I think he's doing great, he really is," said Barrier's attorney Patrick Toscano. "He's a good, good guy. He's a good human being. He's not what the prosecutor portrayed him to be today in court, that's for sure."

Barrier's first lawyer was highly regarded in the legal community at one point but is now serving six life sentences in federal prison for charges including murder.

Barrier, 56, will return to court Nov. 22 to resolve the old case from the original incident in Ridgefield Park.